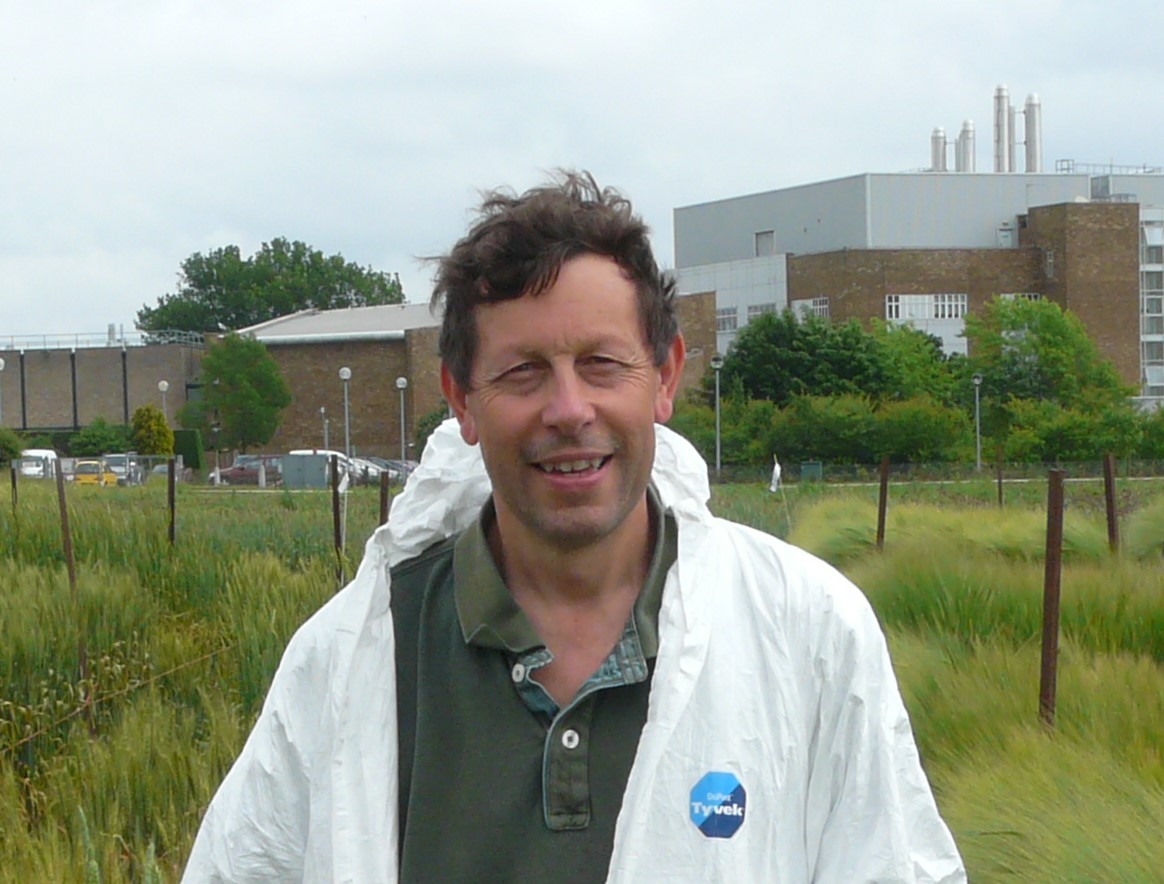 Paul Nicholson has been awarded the BSPP 2022 RKS Wood prize

Paul Nicholson has been awarded the 2022 RKS Wood prize and will deliver his talk on Wednesday 7th September at the BSPP Presidential meeting ‘Microbial lifestyles: from symbionts to pathogens’ in Newcastle. The prize is named and awarded in honour of Professor RKS Wood to acknowledge his role in driving the establishment of the discipline “Physiological Plant Pathology”. The prize celebrates excellent science in the study of plant disease biology and its application in the protection of plants against pathogens.

I was born in a converted chapel/blacksmiths in a hamlet on the edge of the New Forest. My dad worked for Southern Electricity digging up roads and laying cables. My mum cleaned people’s houses and worked as a dinner lady in the local primary school. Both had left school at 14 and recognised that education was the means to social mobility.

I left school and started work for British American Tobacco (before I grew a conscience). Here I met my first ‘graduate’ and it was this that made me realise that university was not beyond me. I went to the University of East Anglia (UEA) to study biology and found the UEA sign amended to University of Easy Access as all my cohort seemed to have gone through UCAS clearing.

On graduating (2:1) I wandered off to Cambridge after a beautiful girl I had met on my course at UEA. I got a job as a technician to Richard Michelmore (of lettuce disease fame) and was then offered a PhD to study basal rot of narcissus. I somehow persuaded the examiners that I was worthy of a PhD and went on to a post-doc to study protein synthesis in blue green algae in response to DNA damage.

After my post doc I joined the remnant of the Plant Breeding Institute just before it relocated to the site of the John Innes Institute in Norwich. I established a small group studying facultative diseases of cereals. Focus was originally on eyespot but the realisation that this is just one part of a stem-base complex drove me to develop the first quantitative PCR diagnostics to study the effect of host resistance and agrochemical treatment on the individual pathogenic species. As the number of Fusarium species involved grew, we developed additional diagnostics and turned our attention to the heads of cereals and mycotoxins where these fungi are of particular concern. We showed that the new strobilurin fungicides had the potential to increase the mycotoxin content of grain when applied in situations where antagonistic non-mycotoxin producing species were present.

A re-structuring within my department persuaded me to alter my research focus to the genetics of host resistance to Fusarium species with emphasis on Fusarium head blight (FHB). We found ourselves faced with attempting to understand the relationship between height and FHB resistance in wheat (taller varieties being more resistant than shorter ones). Particularly perplexing, was the observation that the wheat RhtD1b allele of the Green Revolution semi-dwarfing gene on 4D had a more negative effect than its counterpart (RhtB1b) on 4B (wheat is a hexaploid – A, B D genome). We determined that the genes function to alter the balance between resistance to biotrophic and necrotrophic pathogens and that a gene close to the RhtD1b that was introgressed from the original donor increases the negative effect of this allele on FHB resistance.

Using a combination of mutants and amendments we demonstrated the, often, negative effect of phytohormone signalling on resistance to Fusarium graminearum and F. culmorum and this led on to study of susceptibility factors alongside our resistance work. We have identified a locus on 4D that, when eliminated, confers a high level of FHB resistance. We are currently endeavouring to identify the causal gene.

Recently, my group has turned its attention to wheat blast, a second disease of the wheat head. This is a much easier disease to work on than FHB and we are making some interesting advances in identifying genes controlling resistance to this newly emerging disease threat.

Plant disease control is a battle against pathogens that are constantly evolving to survive.