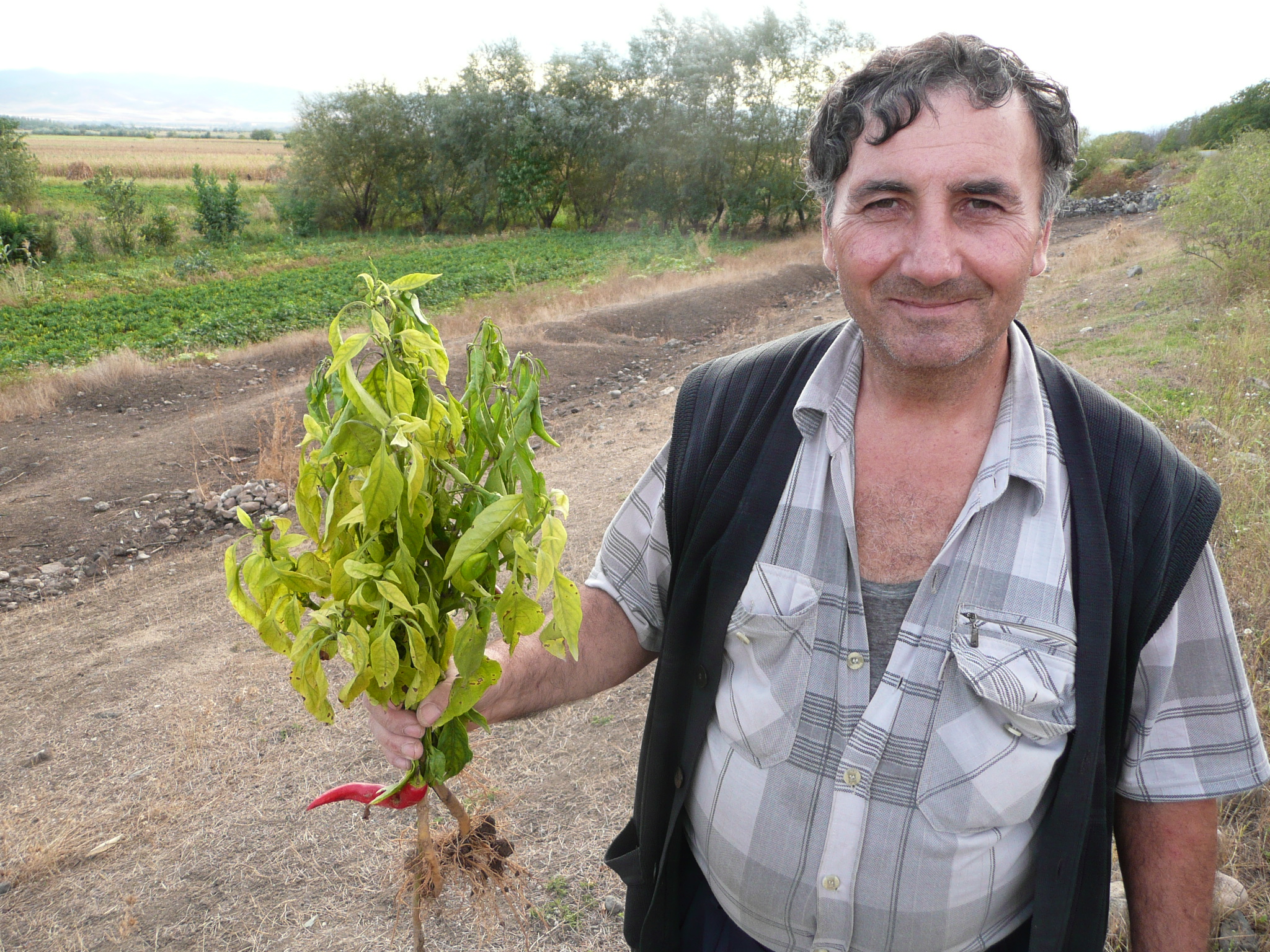 I’ve had lots of moments when my white beard, PhD and height suggest I know more about crop protection than the assembled throngs of farmers and extension officers. It’s not the best moment to tell them that I’ve never farmed in my life. But it did set me thinking about how my experiences in my small garden have slowly (and painfully) helped me understand more about the practical challenges of controlling pests and diseases.

Every year we grow climbing beans and every year we get aphids. Masses of the black sap suckers quickly appear and shrivel the leaves. If left unchecked, the aphids weaken the plant and few pods are produced. I started by spraying soapy water, a common recommendation for aphids, but this had little or no effect. Next I tried physical removal, squashing the aphids and flicking them off the plants, but I was unable to do this frequently or thoroughly enough to stem the swelling populations. And so, reluctantly, I sprayed an insecticide, albeit one that has passed the stringent EU regulations about agrochemicals. One application usually does the trick. Phil Taylor tells me that ash works well. It’s a common treatment in some African countries, usually mixed with cow urine. 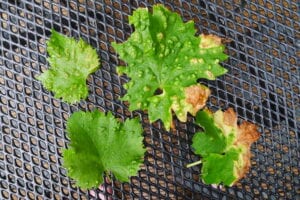 There’s little I can do to stave the yearly attack of aphids. Snails are another persistent problem. They like beans as well as courgettes and various flowering plants and it’s  another constant battle to keep the snails in check. I use traps and other non-chemical methods to divert the snails from eating the garden plants, but these methods only work if you do them regularly. A bit like regular squashing of the aphids.

A sprinkling of wheat-bated pellets containing metaldehyde is highly effective against snails but you can’t use this method any longer. I did have some qualms about using metaldehyde because it is toxic to dogs and cats, though none of our uninvited, daily feline visitors appears to have been affected over many years . I’ve looked for alternatives on the Royal Horticultural Society’s informative website for gardeners. Yes, hunting for snails at night and destroying them is a good method, but it’s a tedious task. Stop doing this for a few days and numbers creep up again. Piecemeal efforts are not enough to stem the slimy tide. Our garden has too many places for snails to hide, so there’s always a fresh supply to sneak out and start chomping their way through valuable plants.

The first lesson I’ve learnt is that alternative or non-chemical pest control takes a lot of time and that good intentions are easily subverted. Oh, and read the instructions. Only apply chemicals as recommended. It’s easy to scatter too many slug pellets, for example, or imagine that a second spray of insecticide after a few days will deliver the coup de grace. Second lesson learnt: don’t assume people will read instructions.

Another persistent problem is mite attack on grapevine. The leaves start to bubble as the mites feed on the lower surface and inject chemicals that disturb growth. I am not reassured by the statement in several books that “grapevine mites are not a major problem”, since this is not what I’ve seen. Leaves attacked by mites dry up and fall prematurely, and though grape production is little affected the visual appearance of the grapevine, grown as much for shade and decoration, can be badly affected. Third lesson: when farmers tell you something is a problem, listen carefully. Mite-related problems can be easily dismissed as ‘cosmetic damage only’.

I have never used pesticides against the mites, because they are unlikely to work. The best method appears to involve applying a mineral oil during the winter, blocking the breathing tubes of the mites resting in the buds and reducing populations for next year. But all this takes time, particularly on a spreading grapevine. Sometimes the best thing to do is nothing. I ignore the spectacular damage caused by pear rust and powdery mildew on cucurbits because both occur late in the season and neither are particularly damaging.

We have one apple tree which produces crisp and sweet fruit most years. The apples are attacked by coddling moth and birds. At least I thought it was birds, until I began to look more closely at the largish chunks of fruit that were being removed and worked out that the real problem was grey squirrels. These attractive but irritating animals (here speaks a gardener) also eat grapes and steal food meant for the birds in our garden. Last year I put netting over all the tree. The squirrels were kept out but coddling moth was still a problem. Maybe I should try pheromone traps. 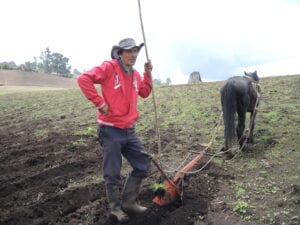 My back garden is relatively small, around 30 metres by eight metres. It should be relatively straightforward to control pests and diseases, but the main challenge is finding the time and energy to regularly monitor plants and take timely action. Nor is it always easy to diagnose a problem. A failing mock orange bush appeared to have Armillaria root rot, a pervasive pathogen in my and neighbouring gardens. When I dug the mock orange bush up I discovered a tight root ball, struggling to absorb enough nutrients and water. Root pruning has helped revive the bush and reminded me that there are other reasons why plants look poorly.

Discovering things for myself has had a profound effect. I’m a firm believer that prevention is better than cure and that non-chemical is better that chemical control. Yet it’s the time and effort required to carry out procedures that often dictates what you do, and preventative measures need to be thoroughly applied to be effective. I now have a healthy respect for the practicality of recommendations. ‘Dig pit, bury plants and burn’ now sounds faintly ridiculous advice, especially when you’re talking about banana plants or coffee bushes. The best advice only works if farmers are both willing and able to follow these recommendations. Personal experience and common sense goes a long way when giving sensible advice.