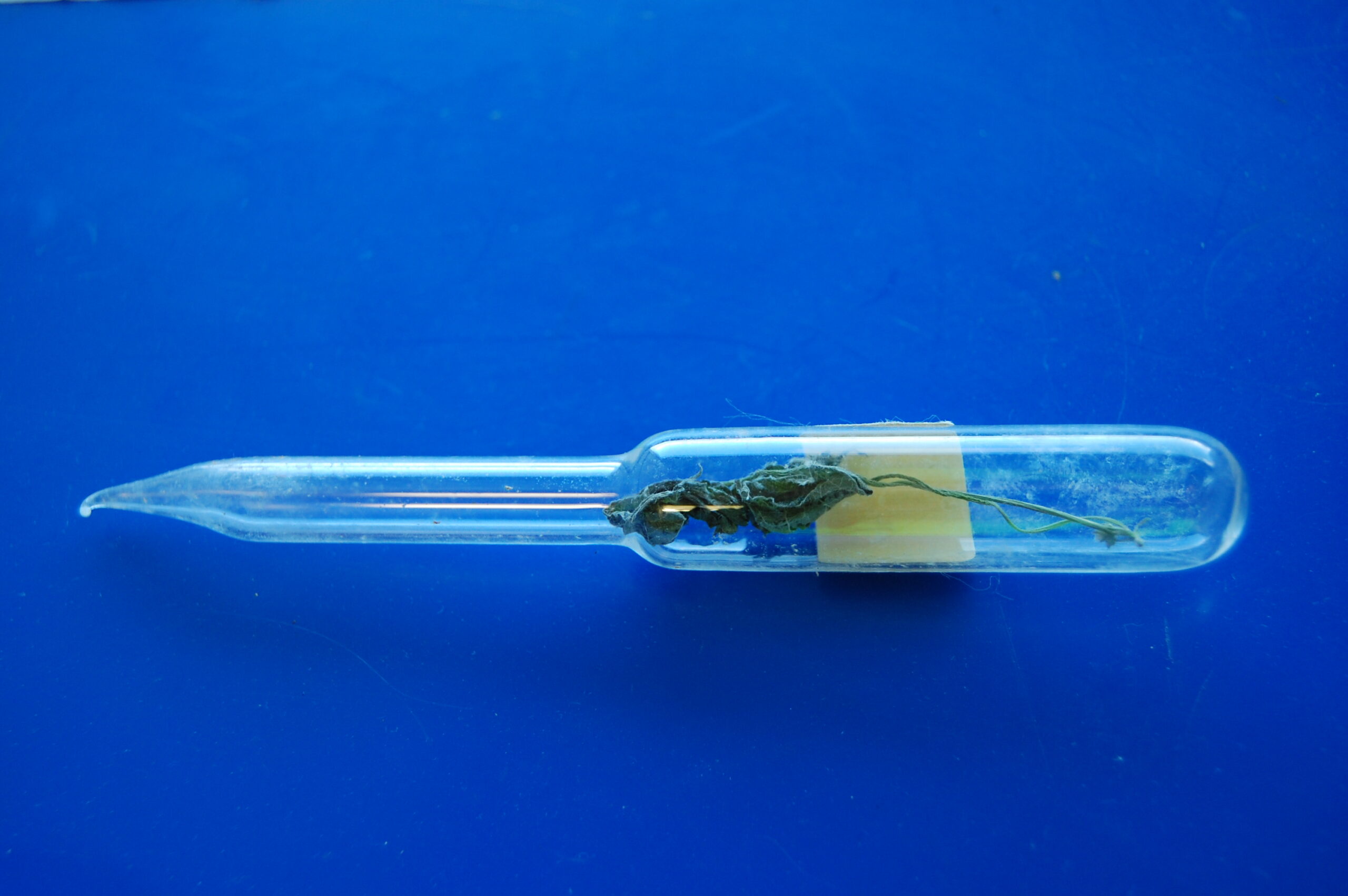 Plant virologists across the world have compared their observations of a virus that appears to infect plants across the Solanaceae, Plantaginaceae, and Actinidiaceae families. This article demonstrates the power of Next Generation Sequencing, pre-publication data sharing and an inter-connected network of scientists in discovering a viral species that occurs across the world, and agreeing a name which reflects its identity.

Plantain virus X was first found naturally infecting ribwort plantain (Plantago lanceolata) in the UK in the 1970s. Although the virus was biologically described with host range and serological data and has been recognised as a species, no sequence data had been generated to support this virus finding. This virus was at risk of being removed from the list of recognised virus species due to the lack of supporting genetic sequence data. From a plant health perspective, it was important to identify whether plantain virus X was related to plantago asiatica mosaic virus, which can cause economic damage and is thought to be absent from the UK.

Actinidia virus X – identified on Kiwi fruit in New Zealand and Plantain in the Netherlands.

40 years later, testing samples of P. lanceolata collected from the same UK sites as the original samples, unexpectedly indicated the presence of yet another virus, actinidia virus X.

This virus was first reported from kiwi fruit (Actinidia chinensis) in New Zealand in 2007 and later in symptomatic redcurrant (Ribes spp.) on import into Canada, but not previously reported in Europe. The Netherlands plant health service laboratories had also been testing plantain and detected the same virus in plantain. On checking back through sequencing data, they had also found the same virus in a pepper (Capsicum annuum) sample imported into the Netherlands from Ethiopia.

This raised the question of whether these two viruses were the same thing?

Around this time European plant health regulations were being reviewed and, as a non-European virus which was known to cause damage to redcurrants, actinidia virus X was a candidate for being listed as a quarantine pathogen. The only way to definitively answer whether actinidia virus X and plantain virus X were linked, was to track down some of the original isolates of plantain virus X from the 1970s. These were located in the collection of the Late Dr Alan Brunt, held at the University of Warwick. Through a Euphresco network project called VirusCurate, which aims to sequence historical isolates, full genome sequencing of these 43-year-old specimens revealed that plantain virus X and actinidia virus X were the same.

This work demonstrated that ‘actinidia virus X’ was already present and likely widespread in the environment, so not suitable for regulation. It also supported the case for continued action against Plantago asiatic mosaic virus.

International collaborations – two viruses re-defined as one; across the world and on many plants.

Discussing this virus story at international conferences, it became evident that we were not the only research groups to rediscover this virus. Researchers at Wageningen University found “actinidia virus X” in plantain growing in wildflower strips on a farm growing blackcurrants, and assumed the virus had likely gone from the blackcurrants into the plantain. At another meeting a group from University of Liege pointed out they had found the same virus in amethyst flower (Browallia americana) during a non-targeted virome survey of solanaceous species. By combining the data from all these research groups, we could show that the two viruses were the same thing, and expand the known host range of the virus to include the host range of both synonymous findings and also the two new hosts.  The other aspect of this was that the known distribution of the virus has expanded to include New Zealand and mainland Europe, and presumably Ethiopia.

The power of pre-publication data sharing and networks for co-ordinated plant virus detection.

One of the aspects of using High Throughout Sequencing which concerns the plant health community is the reporting pf previously unknown or rare viruses in new hosts and locations without context. To address these concerns this work has given rise to two new projects under the Euphresco plant health network. These are; a pre-publication data sharing initiative, and the other is a community network for plant virologists to try and identify further occurrences of this type of simultaneous detections and streamline reporting.

As a result of this work the two species are now recognised as being synonymous, and the proposal to abolish Actinidia virus X and combine this with Plantain virus X has been approved by the International committee on the taxonomy of viruses (ICTV) and is in the process of ratification.

TITLE IMAGE: Historical sample tube of Plantago lanceolata from archives at the University of Warwick. All images used with permission of the authors.