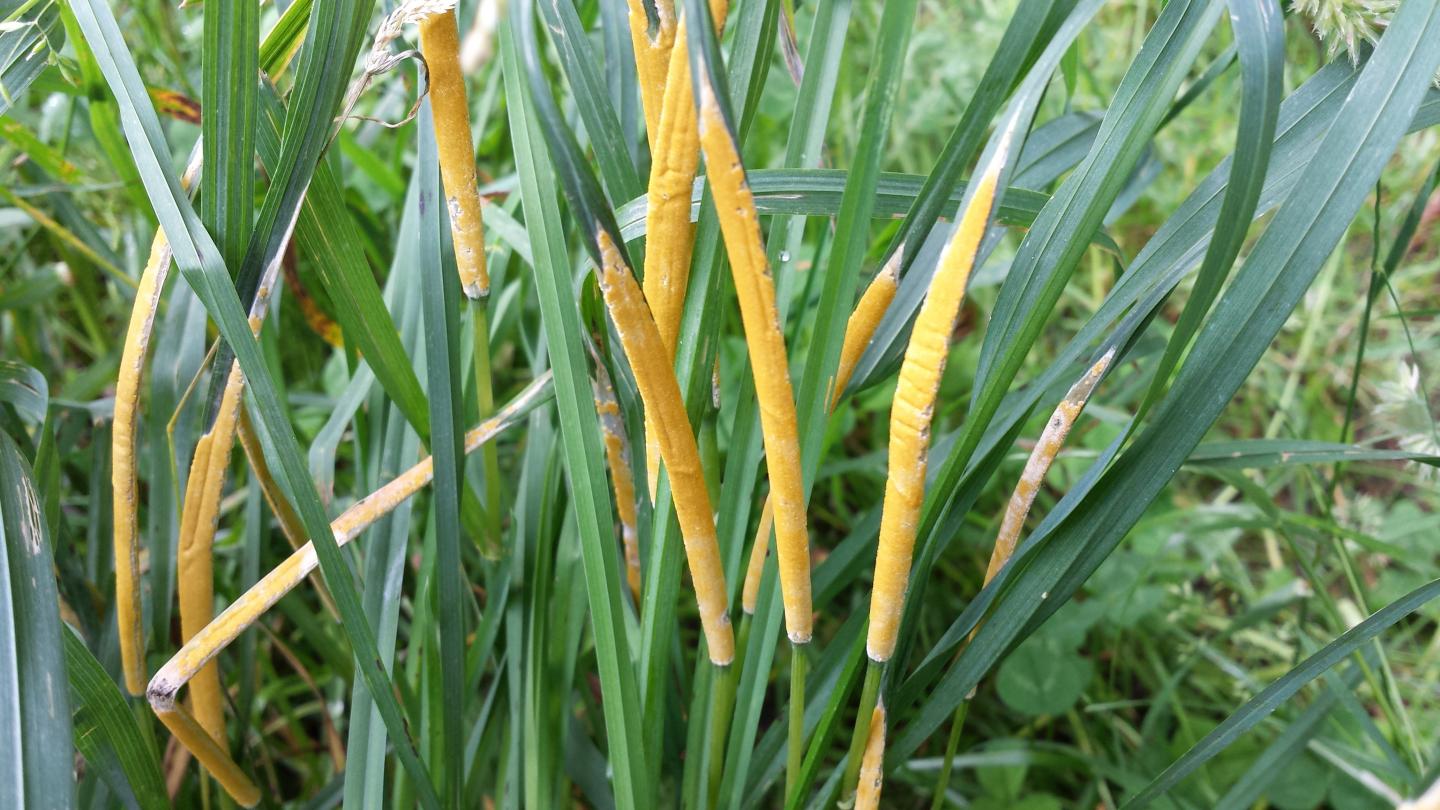 “Dangerous Pastures: Deadly Grass Puts Horses at Risk” – Such dire warnings on the websites of horse owners and horse lovers may cause people to see their environment in a whole new light. Because what they once considered the epitome of pristine nature, green meadows of grass gently swaying in the wind, is actually home to numerous toxic substances that can be lethal for horses, cattle and sheep.

Scientists from the Department of Animal Ecology and Tropical Biology of the University of Würzburg have teamed up with US researchers to find out whether this is also true for Germany. To accomplish this, PhD student Veronika Vikuk and Professor Jochen Krauß, her mentor, analysed the toxicity of 13 grass species in three German regions. Their results published in the journal Applied and Environmental Microbiology reveal that toxic substances are also found in German grasses. However, there is little risk of mass poisoning of grazing animals. And the risk can be further reduced by taking some simple measures.

A fungus produces the toxins

Strictly speaking, it is not the grass itself that endangers the lives of horses and other grazing animals: “Grass species can form a symbiosis with fungal endophytes of the genus Epichloë. These fungi are capable of producing so-called alkaloids that can be poisonous to grazing livestock,” Veronika Vikuk describes the problem. Endophytes are fungi that live within a plant and are usually not visible from the outside. Both partners benefit from the symbiotic relationship: The grass host provides nutrients for the endophyte and the endophyte helps protect the plant from drought stress and pests. When danger is imminent, the forage grass can encourage the fungus to step up toxin production to prevent animals from eating the plant.

“We have learned of this symbiosis mainly through poisoning incidents of grazing livestock such as sheep or cattle in New Zealand, Australia and North America,” Jochen Krauß explains. Around 100,000 animals are believed to have died as a result of toxic grasses in Australia in 2002; the annual costs for the farmers are estimated at two billion dollars. But not everyone considers the fungus to be a threat. Turfgrass breeders welcome the symbiosis of certain turf varieties and special fungi because it increases stress tolerance and boosts yield. For this reason, some grass seeds are deliberately infected with special endophytes.

In Europe, reports of such poisoning incidents of grazing livestock have been rare so far,” Veronika Vikuk says and she adds that previously little had been known about the infection rates of different grass species in Germany and the type of toxins produced. The study published by an international team of researchers has changed that. For the first time, it provides a comprehensive overview of infection rates and alkaloid production in grasses infected with Epichloë fungi in Germany. The study found that five of the 13 grass species tested are infected with various Epichloë fungi. They produce substances that are poisonous to insects and vertebrates. The researchers are still figuring out how high the toxin concentrations are and whether they are already life-threatening for the animals.

In its study, the international team of researchers determined the presence or absence of different genes required to produce the alkaloids. Subsequently, they analysed which toxins are actually produced in the laboratory to assess the potential toxicity. They believe that this method is well suited to evaluate the endophyte status on pastures and check it on a regular basis to avoid livestock poisoning in the future.

In one aspect, however, Vikuk and Krauß give the all-clear: “We were able to show that the start gene for the production of ergovaline, a substance that is poisonous to vertebrates, is largely absent in perennial ryegrass in Germany and that the substance is actually not produced,” Vikuk says. This piece of information should be of particular interest to seed developers seeking to harness the benefits of fungal infection while avoiding the negative impacts on grazing livestock. This does not apply to lolitrem B, another vertebrate poison found in perennial ryegrass, which is present in toxic concentrations.

The scientists believe that the risk of poisoning for horses, cattle or sheep can be reduced with relatively little effort: “Farmers should increase the diversity on their pastures and avoid monocultures, especially of perennial ryegrass,” Jochen Krauß says. Mass poisoning of livestock occurs mostly in areas where the animals are forced to feed on the toxic grass because there are no alternatives. On meadows which are home to a variety of different plant species, the animals can switch to other grasses and thereby avoid high toxin levels.

More diversity is also recommended in view of global warming. After all, grasses that live in a symbiosis with fungal endophytes have an advantage over grass species not infected by the fungus as our climate becomes warmer and drier due to their higher stress tolerance. If no measures are taken, the scientists fear that the risk of poisoning for grazing animals will rise in Germany, too, as a result of climate change.

Of the pathogens we fight

🌳How do scientists detect and research tree disease?