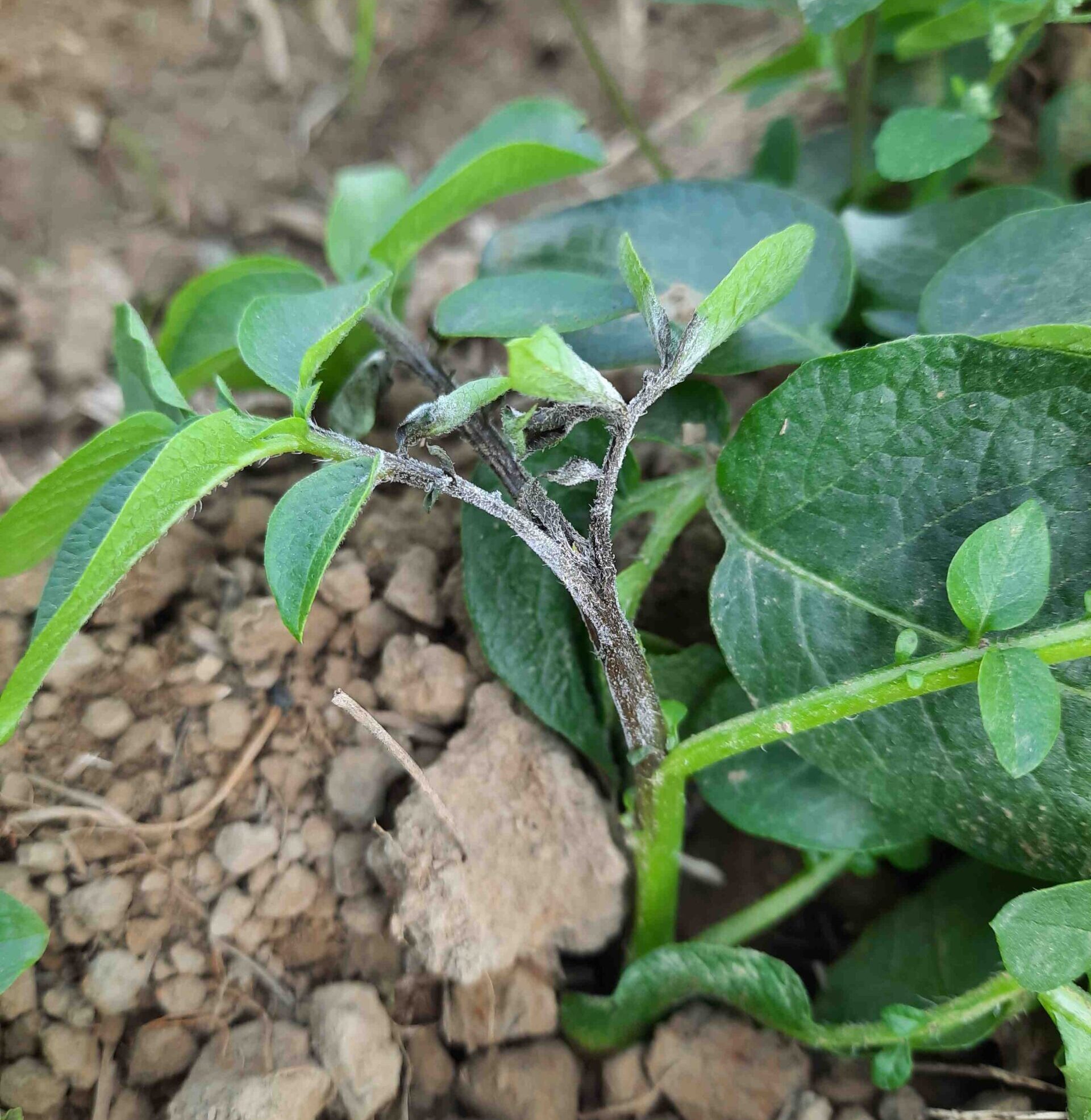 Potato late blight in Asia: Phytophthora infestans over a century and a half – Plant Pathology highlight

It seems a safe bet that anyone growing potatoes or tomatoes will have seen the damage caused by the dreaded late blight, with its distinctive rapidly spreading lesions. Under mild, damp conditions, disease spread is dramatic and complete crop destruction may occur within days and be followed by infection of potato tubers or tomato fruits.  It is a disease infamous for initiating crop loss and terrible famine across Europe, in Ireland in particular, in the 1840s.  At this time, the germ theory of disease was not yet widely accepted and the discovery that a microbial pathogen, which we now know as Phytophthora infestans, caused the decay was a key scientific advance and instrumental in the birth of plant pathology.

Few pathogens have had such impact in social, political and scientific spheres.  Crop breeding and fungicide discovery paired with a deeper understanding of the pathogen’s biology led to greatly improved disease management, however, late blight continues to cause significant crop losses on an international scale.  A large part of the challenge is that populations of P. infestans continue to evolve to overcome selection pressures imposed by disease management.  Clear examples are reduced fungicide sensitivity and breakdown of host resistance genes.

Potato cropping in Asia has expanded dramatically over recent decades and now accounts for over 40% of global production.  In this review, we have scoured the literature to report on the dynamics of the pathogen (1870-2020) that has shadowed the expansion of potato cropping.  We show clear evidence of the spread to Asia of several clonal lineages of P. infestans from Europe and, to a lesser extent, North America.  While spread may occur locally via airborne spores, most long-distance spread is via the trade in seed potato tubers with very low-level, cryptic infection by P. infestans.  The pathogen lineage EU_13_A2, for example, first found in Europe in 2004, was reported in China and India by 2005 and 2008, respectively. 13_A2 is highly aggressive and resistant to metalaxyl, a key fungicide active ingredient used in blight management.  Its invasive spread has caused major crop losses and has even been associated with suicides among potato farmers.

Asia covers a vast area: researchers may be geographically and politically isolated and their findings, brought together in this review, often not easily accessed.  Plant pathogens, however, know nothing of man-made borders; international research co-operation is vital for their effective management.  Starting with EuroBlight (www.euroblight.net), international scientific networks are being established across the world to fight late blight.  Now AsiaBlight (www.asiablight.org) is bringing together researchers from across Asia, promoting co-operation and data sharing with the goal of improving sustainable production of healthy potato crops.  We hope that our review will help achieve this.

TITLE IMAGE: Blighted potato plant. All images used with permission of the authors.