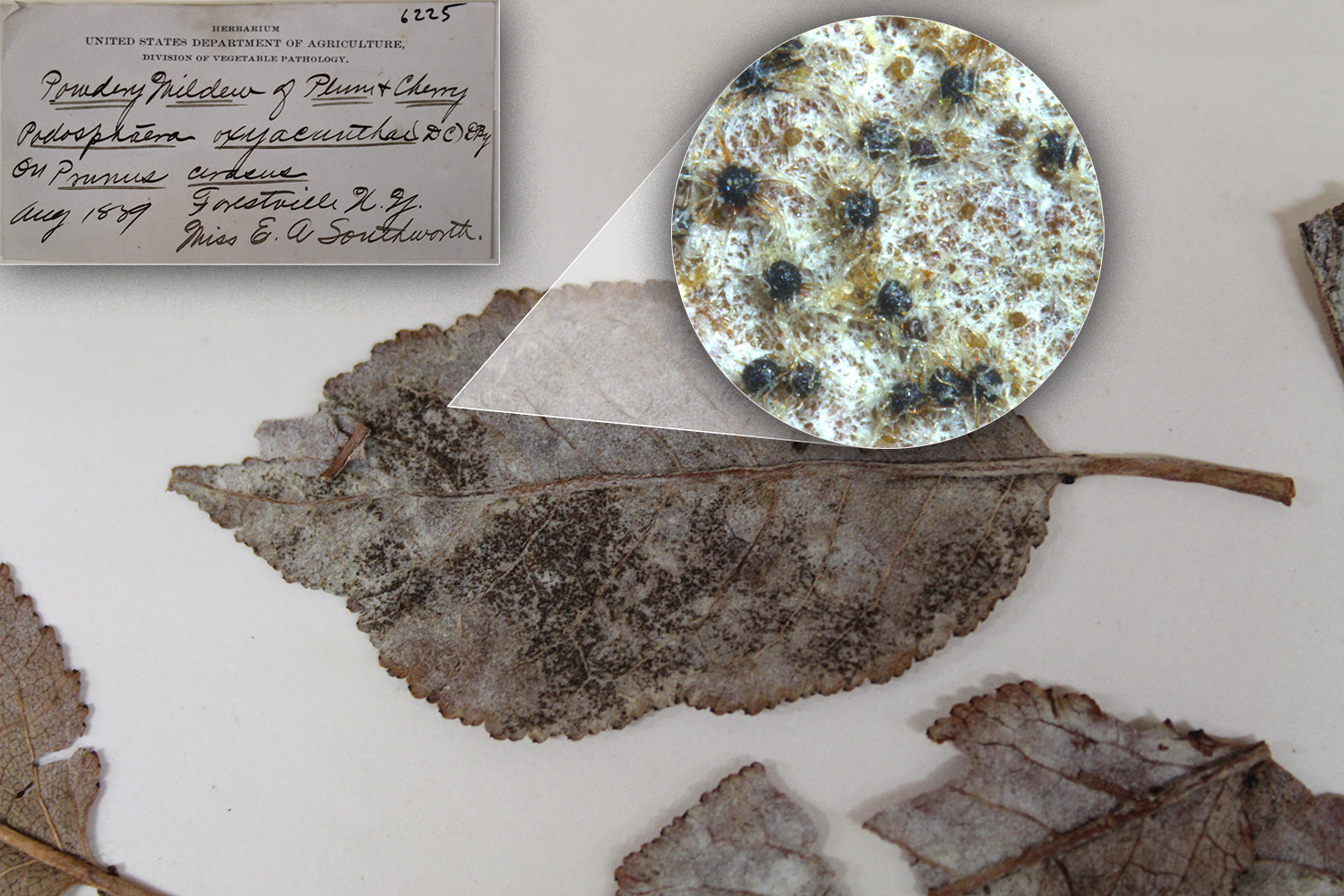 Cherry Powdery Mildew is a quarantined disease in Australia. This disease causes significant yield loss to farmers from the US to Japan through reduced photosynthesis in infected leaves, but Australian farmers have yet to record it. Here we discover the first study resulting from a set of intricate experiments at the Victorian Plant Pathogen Herbarium in Australia, where powdery mildew DNA sequences were extracted from historic plant tissue samples using the power of Next Generation Sequencing.

The study consisted of 19 specimens up to 130 years old which underwent DNA extraction and whole genome next generation sequencing (NGS) to produce sequence reads that were mapped to powdery mildew reference sequences of the internal transcribed spacer (ITS) region. This was the first study to reanalyse powdery mildew specimens using these techniques and provides a way to overcome the issue of fragmented DNA from preserved specimens. The short DNA lengths are mapped across the whole ITS, or any target gene region, to provide a complete sequence to be used in phylogenetic studies.

The phylogenetic analysis of the 19 VPRI P. clandestina sequences showed that all seven Australian specimens and one specimen from Switzerland were P. clandestina in the strict sense on Crataegus. Five VPRI sequences from the U.S.A. represented the newly described cherry powdery mildew, P. cerasi and one VPRI U.S.A. sequence was identified as P. prunicola, another Prunus infecting powdery mildew. One VPRI sequence from Germany was reidentified as P. amelanchieris and there were three VPRI sequences (two from U.S.A. and one from Finland) which failed to be molecularly identified to species and one specimen was excluded due to poor sequencing.

The results of this study firstly provided phylogenetic evidence that cherry powdery mildew P. cerasi is not present on Australian Crataegus specimens held in VPRI. This information will assist Australian biosecurity to prevent the entry of P. cerasi into Australia and protect the Australian cherry industry. Secondly, this study demonstrated the use of a new molecular approach to reanalyse VPRI powdery mildew specimens up to 130 years old for phylogenetic studies when morphology cannot determine species alone.