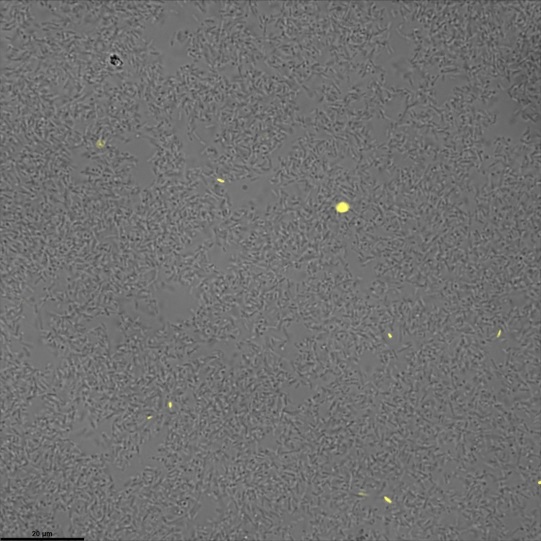 Over 10 weeks in summer 2021 I have worked on a research project exploring the relationship between biofilm formation, bacteriophage biocontrol and pathogenicity of Pseudomonas syringae (PS) on plant hosts at NIAB EMR. This pathogen causes bacterial canker disease on cherry (Prunus avium) and is the biggest issue affecting commercial growing of cherries. In the summer bacteria live as leaf epiphyte possibly in a biofilm form. In the autumn, bacteria washed from the leaves infect leaf scars leading to canker lesions and dieback that can kill the trees.

Previously antibiotics and copper products were used to control bacterial canker, but these have become banned due to increasing resistance and having a negative impact on the environment. Biocontrol, such as using bacteriophages to control the PS and reduce its population on the leaves, is a much better way to target the PS specifically.

I also used fluorescently tagged (FT) strains of PS. First, I compared FT PS to wild type PS strains on glass slides, in order to gauge background fluorescence. We found that most of the FT strains had less than half the population with detectable fluorescence (Figure 1) and thus ineffective for viewing biofilm formation. Only FT strain, 9644 RFP, seemed to have the entire population fluorescing (Figure 2) so would be effective for viewing and quantifying biofilms.

Comparing the biofilm formation of selected strains on the cherry leaves, under different relative humidity conditions, I found the best and worst biofilm forming strains. This information is crucial to know before we can test how effective the phages are at controlling PS in biofilms. We can now track at which time point the biofilm forms for each strain ensuring we can measure amount of biofilm at its peak rather than confusing the decline as being due to phages when it is in dispersal stage. Once we know which phages control biofilm formation of which PS strain and to what extent, then we can choose the most appropriate phages to control PS on the leaves in the summer and reduce autumn infections in the commercial growth environment.

I will be undertaking a year in computing before my final year in biology in which I now feel inspired to choose a bioinformatics project on a biocontrol topic for the main coursework. I would like to thank BSPP for giving me this opportunity and my supervisor Dr Matevz Papp-Rupar for mentoring.

Figure 1 above: 9644 YFP strain biofilm imaged on slide at 63X oil immersion magnification showing only a few bacterial cell fluorescing with majority of the population having lost their YFP tag. 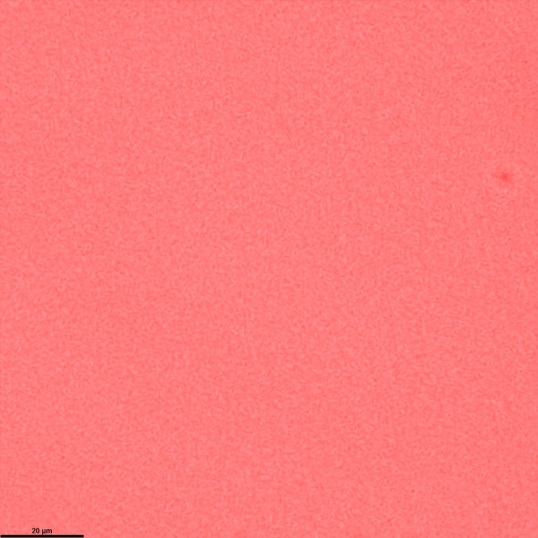