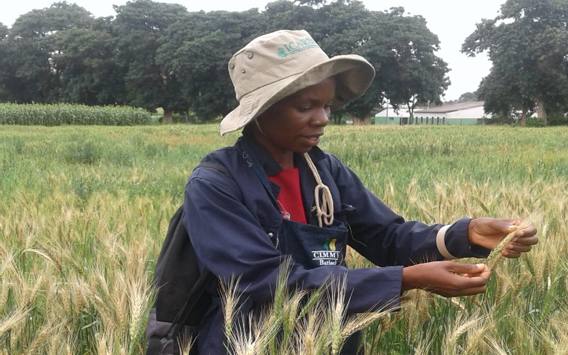 Researchers in Zambia confirm: Wheat blast has made the intercontinental jump to Africa

Wheat blast, a fast-acting and devastating fungal disease, has been reported for the first time on the African continent, according to a new article published by scientists from the Zambian Agricultural Research Institute (ZARI), the International Maize and Wheat Improvement Center (CIMMYT) and the US Department of Agriculture – Foreign Disease Weed Science Research Unit (USDA-ARS) in the scientific journal PLoS One.

Symptoms of wheat blast first appeared in Zambia during the 2018 rainy season in experimental plots and small-scale farms in the Mpika district, Muchinga province.

Wheat blast poses a serious threat to rain-fed wheat production in Zambia and raises the alarm for surrounding regions and countries on the African continent with similar environmental conditions. Worldwide, 2.5 billion consumers depend on wheat as a staple food, and in recent years, several African countries have been actively working towards reducing dependence on wheat imports.

“This presents yet another challenging biotic constraint to rain-fed wheat production in Zambia,” said Batiseba Tembo, wheat breeder at ZARI and lead scientist on the study.