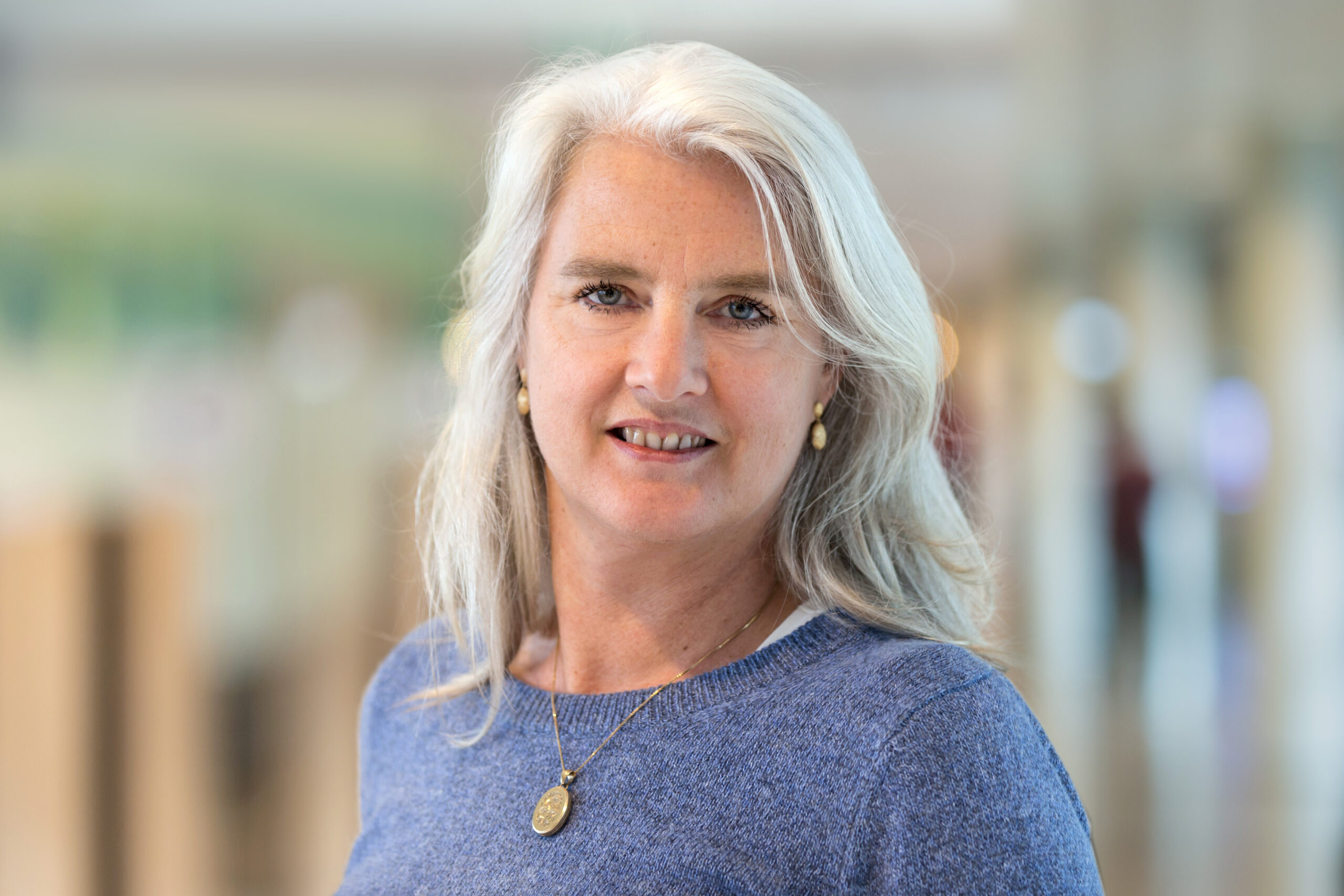 Saskia A. Hogenhout was born on March 10, 1969 in Haarlem, The Netherlands. She received a diploma (MSc) in Molecular Biology from de Vrije University Amsterdam, The Netherlands. She completed her PhD in 1999 at the Institute of Plant Research and Department of Virology at Wageningen University, The Netherlands. In the same year, she joined the Department of Entomology at the Ohio State University (OSU) and Ohio Agricultural Research and Development Center, Wooster, OH, USA as an Assistant Professor and was then promoted to tenured Associate Professor in 2005. In 2007, she joined the John Innes Centre (JIC), Norwich, United Kingdom, where she is currently a Group Leader in molecular plant-microbe-insect interactions. She also holds Honorary Professor positions at the University of East Anglia (UEA) and University of Amsterdam (UvA).

Hogenhout is widely recognized for having launched ground-breaking research programs on insect-microbe-plant systems that were traditionally viewed as non-tractable. She pioneered mechanistic molecular research on phytoplasmas—insect-transmitted bacterial parasites that inhabit the vascular tissues of plants where they induce dramatic changes in plant development and convert plants into more attractive hosts for insect vectors. She is widely recognized for having established the field of phytoplasma effector biology. Prior to her contributions, research on virulence of bacterial plant pathogens has primarily focused on Type III secreted effectors, and their suppression of plant defenses. She demonstrated that bacterial plant pathogen effectors act beyond suppressing plant immunity by discovering that phytoplasmas secrete an arsenal of virulence proteins, she termed SAP effectors, directly inside the plant host cell to reprogram plant development and enhance susceptibility to the leafhopper vector. SAP effectors function by mediating degradation of TCP, MADS-box, SPL and GATA transcription factors, which are checkpoints in plant development. This work has vividly illustrated how plant pathogen effectors can reach beyond the pathogen–host interface to modulate a third organism in a complex biological system.

Hogenhout published the first and most influential papers on phytoplasma protein effectors. She showed the precise mechanism by which the effector SAP54 hijacks plant development by generating a short circuit between two key host plant pathways. She was the first to identify TCP transcription factors as targets of pathogen effectors. TCPs are now widely known as a hub for effectors from pathogens as diverse as fungi and oomycetes. Prior to her work, the prevalent theory in plant pathology was that mollicutes cause developmental perturbations in their host by disrupting plant hormones. Hogenhout’s paradigm-changing discovery of SAP effectors helped shift the focus of research from an emphasis on hormone imbalance to protein effectors. Research on phytoplasma SAP effectors is now flourishing with dozens of papers being published on the topic. For this work, Hogenhout is one of a few plant scientists to be granted the biennial Derrick Edward Award for outstanding research by a young investigator on mycoplasmas by the International Organization for Mycoplasmology.

Early in her career, Hogenhout completed one of the first phytoplasma genome sequence and pioneered the methods that led to the SAP effectors. Her genomics analyses revealed that SAP genes are located on phytoplasma potential mobile units (PMUs)—~20 kb gene clusters that excise into circular DNA elements and move horizontally across bacterial genomes. The seminal discovery of the horizontally transferred PMUs turned out to be critical for understanding phytoplasma evolution and adaptation to diverse hosts.

After moving her lab to the John Innes Centre in 2007, Hogenhout initiated an ambitious new program on the molecular basis of aphid-plant interactions. She quickly established herself as a leading figure in aphid research. She is credited with using modern genomics techniques to identify some of the first bona fide effector proteins in aphid saliva. This work has resulted in a radically different perspective of aphids as “pathogens with legs”, highlighting the conceptual similarities between how insects and microbial pathogens interact with plants. This view truly brought plant insect research into the realm of the molecular plant interactions community as exemplified by the ever-increasing number of aphid and insect presentations at leading meetings, such as the renowned International Congress of Molecular Plant-Microbe Interactions. The emerging field of aphid effector biology, pioneered by Hogenhout, also helped move research on insect-plant interactions from a traditional emphasis on insect behavior and chemical biology to molecular interactions between insect and plant proteins.

Hogenhout is committed to teaching and training of students and postdoctoral researchers to help them fulfil their potential. The great majority of her graduate students, both at Ohio State University and John Innes Centre, won travel grants, co-authored publications and received various awards. Moreover, the majority of her former PhD students and postdoctoral researchers have gone on to successful scientific careers and several of them are now leading their own research groups across the world.

Hogenhout has been leading collaborative multidisciplinary research projects that investigate bacteria, plants and insects, and involve comparative and (functional) genomics, cell biology, biochemistry and more recently, modeling and population genomics. There is a steady stream of international scholars visiting her laboratory for collaborations. She has led an international interdisciplinary project awarded by the prestigious Human Frontier Science Program (HFSP) that combines molecular, genomics, ecology and modeling approaches to study phytoplasmas. This highly original HFSP project investigates how phytoplasma effectors impact phytoplasma spread; and the research involves a multi-layered modeling approach to better understand how effector actions in a plant cell can drive phytoplasma epidemics in the field. She also led the multimillion £ BRIGIT consortium, a project that brings together twelve UK institutions to enhance surveillance and response to Xylella fastidiosa.

Saskia Hogenhout made seminal discoveries that have reshaped fundamental knowledge and opened the door to translational opportunities. Her reputation spans the fields of plant pathology, molecular genetics, bacteriology and entomology. Indeed, she is unique in being a regular speaker and session chair at leading Conferences in each one of these fields.