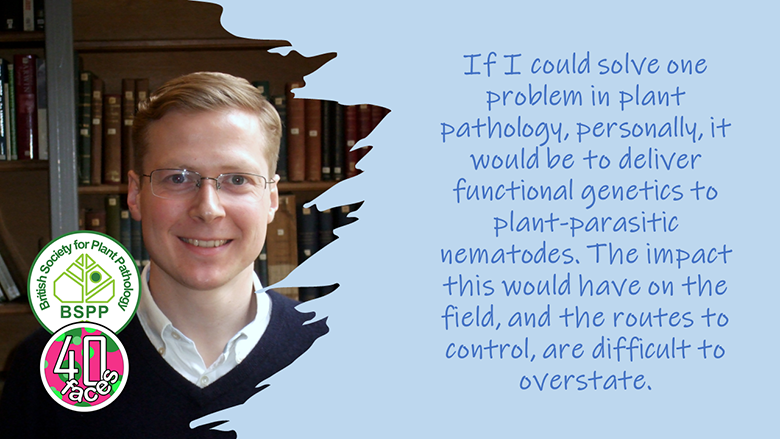 The overarching theme of our group is to combine genomics and molecular biology to understand fundamental questions in host:parasite biology. We primarily focus on plant-parasitic nematodes because: i) they are a threat to food security in developed and developing countries, and ii) underlying this threat is a wealth of fascinating biology that until very recently has been largely unexplorable.

I did not do particularly well in early education, however, as soon as I got to University I found something I enjoyed tremendously: research.

If I could solve one problem in plant pathology, personally, it would be to deliver functional genetics to plant-parasitic nematodes. The impact this would have on the field, and the routes to control, are difficult to overstate.

Equitable representation at all levels.

If I wasn’t a plant pathologist I would probably be some other kind of plant-scientist/geneticist.