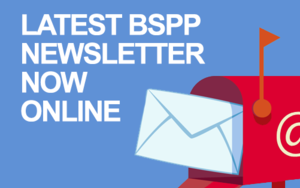 She developed a fascination for plant pathology while studying Natural Sciences at the University of Cambridge, where she was encouraged to read E. C. Large’s classic (and highly recommended) history of plant pathology “The Advance of the Fungi” and introduced to the rapidly emerging field of molecular plant pathology. She studied for her doctorate under the inspiring mentorship of Prof. Alan Collmer at Cornell University, where she began to ask questions about the biology of plant pathogens that still inform her research today. How do environmental factors regulate pathogenicity and virulence mechanisms? How do pathogens manipulate the microenvironment inside host tissues? How does the environment inside and outside plants affect disease development?

She returned to the UK to study microbial gene function in the plant environment and in 2001 she was awarded a Royal Society University Research Fellowship. She now divides her time between interdisciplinary research into molecular plant-microbe interactions and supporting the career development of early career researchers.

Nik Cunniffe (he/him/his) is a University Senior Lecturer in Mathematical Biology at the Department of Plant Sciences in the University of Cambridge, and a College Lecturer and Official Fellow in Natural Sciences at Girton College.

He obtained a BA in Mathematics and an MPhil in Computer Speech and Language Processing, both from the University of Cambridge. He then worked for a few years in technology, developing efficient algorithms for internet search engines, before returning to studying for an MSc in Applied Mathematics in 2003 at the University of Bath. This involved a project at Rothamsted Research – supervised by Frank van den Bosch and Keith Davis – which initially sparked his interest into how mathematics can help understand crop disease. This interest continued with a PhD in Cambridge at the Department of Plant Sciences – supervised by Chris Gilligan – on modelling small-scale fungal dynamics and biological control. He has stayed in Plant Sciences ever since.

He teaches mathematical biology on a number of courses, and he and his group research mathematical models of plant disease, particularly large-scale stochastic models of spatial spread, how controls can be optimised, and models including an evolutionary component (e.g. fungicide resistance). He is also a Senior Editor of Phytopathology, a Section Editor of Tropical Plant Pathology.

Jennie Brierley: BSPP Administrator and member of the EEDI committee

Jennie Brierley (she/her/hers) is a researcher at the James Hutton Institute, Dundee.  Main research interests are developing the use of molecular diagnostic techniques for the detection and quantification of seed and soil-borne potato pathogens: both as a research tool to investigate disease epidemiology, and in supporting the management of potatoes by quantifying disease risk.  She is the BSPP representative at the Royal Society of Biology’s (RSB) Member Organisations’ Diversity and Inclusivity Working Group.

Sebastian Samwald (he/him/his), usually referred to by his nickname ‘Basti’, is a final year PhD student at the John Innes Centre in Norwich. He did his BSc in Vienna and spent the 2 years of his MSc split between the University of Vienna and the University of Manchester. His research focus is on using molecular biology techniques to elucidate membrane protein interactions in the context of plant-pathogen interactions, with a particular interest on plasmodesmata dynamics in the presence of fungi. He particularly enjoys high end confocal microscopy techniques such as FRET-FLIM, and cloning, in addition to teaching.

Originally from Austria, he loves to bake and tend to his allotment in his spare time, as well as enjoy any and all outdoor adventures. He is a member of the LGBTQ+ community and always has an open ear for anyone who needs somebody to talk to.

Lauren Chappell (she/her/hers) is a postdoctoral researcher at the Department of Plant Sciences, University of Oxford. After completing her PhD at the University of Warwick on identifying the fungal pathogens responsible for parsnip canker, and developing a marker assisted breeding strategy, she worked in industry for several years as a plant pathologist and phytobiologist. Her current research uses a range of molecular and imaging techniques to examine effector gene persistence in bacterial plant pathogens, namely Pseudomonas syringae in common bean. She also has a keen interest in seed pathology and systemic infections and enjoys collaborating with industry to investigate seed treatment technologies.

PhD studentship opportunity available in my Lab @JohnInnesCentre! Come and join us to help uncover the molecular mechanisms that underpin blast disease in cereal crops and how we can engineer plant immunity. Deadline to apply: 02 Nov. Please RT! https://biodtp.norwichresearchpark.ac.uk/projects/master-manipulators-how-pathogens-use-effectors-to-cause-disease-2/