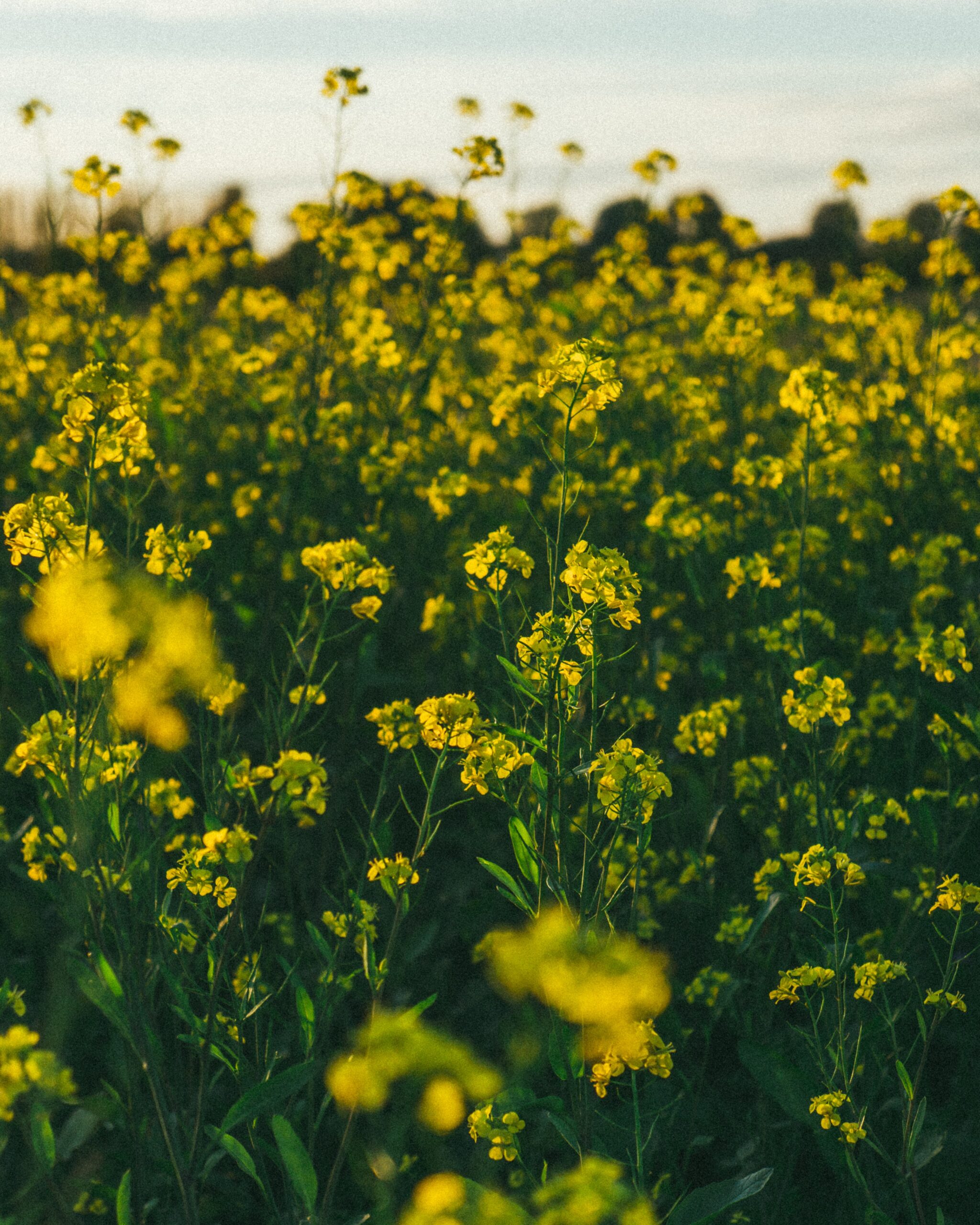 Written by Nathaniel Hearfield, University of Hertfordshire. This is the report from a BSPP Undergraduate Summer Vacation Bursary. Click here to read more/apply for one yourself.

This project was carried out as part of the Crop & Environmental Protection research group at the University of Hertfordshire, and our aim was to study the apoplast of Brassica napus (oilseed rape) leaves following infection by the fungal pathogen Leptosphaeria maculans. We were specifically interested in analysing changes to extracellular vesicles (EVs) produced within the apoplast, as this was hypothesised to indicate an immune response to fungal pathogens. L. maculans, which causes phoma stem canker, costs UK farmers an estimated £100 million each season.

It is our hope that the findings from this study contribute to novel pathogen identification methods and a better understanding of host-pathogen interactions in Brassica and other crops. We used sterile water, one virulent and one avirulent strain of L. maculans to inoculate two lines of B. napus: Topas DH and the introgression line Topas-LepR3 with an introduced R gene. During endophytic (1-4 days post-infection) and necrotrophic (6 dpi) stages, inoculated true leaves and cotyledons were harvested, respectively. To extract the apoplast, leaves were first infiltrated with buffer by alternating pressure in a closed syringe, then the leaves were centrifuged at 1,000 g to collect apoplastic fluids. Further centrifugation steps were used to isolate EVs for analysis by sodium dodecyl sulphate polyacrylamide gel electrophoresis (SDS-PAGE). Bands of proteins were visible in infected samples that were not present in mock-inoculated control samples, but it was unclear whether this was the result of a change in the composition of plant EVs or the presence of fungal or host apoplastic proteins. While a band corresponding to the size of Rubisco appeared in the apoplastic fluids at 6 dpi, this band was not present at 4 dpi, suggesting that cell death might have contributed to the release of Rubisco at the later stage of colonisation.

We then carried out nanoparticle tracking analysis (NTA) on L. maculans samples to identify fungal EVs which may have been present in the apoplast extracts. This technique works by shining a laser at the sample under a microscope, recording the movement of particles due to Brownian motion, and making an estimate of the particle’s size by comparing the rates of movement. The results from this process showed the existence of particles between 90 and >300 nm in fungal culture filtrates, which did not exist in the control sample from liquid medium. To further analyse the fungal EVs, samples were sent to the Cambridge Centre for Proteomics to identify known proteins. Proteins that were known to be present in fungal cell membranes were used as potential indicators of the presence of EVs. One of these was exo-1,4-beta-D-glucosaminidase, which hydrolyses chitosan molecules that were liberated from fungal cell walls before they could trigger a defence response by the host plant. Other membrane proteins found in our extracts were FAD/FMN-containing isoamyl alcohol oxidase MreA, type-B carboxylesterase, and glucan 1,3-beta-glucosidase. Other than membrane proteins, necrosis- and ethylene-inducing protein was also found in the samples, which has important pathogenic activity resulting in necrosis of host tissue and may contribute to the release of Rubisco from dying cells. The size of this protein corresponded to banding patterns observed in our SDS-PAGE analysis of infected B. napus apoplasts. When a plant’s pathogen response pathways are triggered, one method used to fight infection is the production of reactive oxygen species, such as hydrogen peroxide. To counter this, we found that L. maculans releases catalase proteins to decompose hydrogen peroxide into water and oxygen, as extracellular catalase was identified in our fungal EV preparation.

For the benefit of future projects, we also experimented with different leaf infiltration techniques and buffers to find the most effective method for extracting the apoplast from uninoculated true leaves. We found that infiltration by manually changing the pressure in a syringe was simple, although infiltration with a vacuum desiccator producing 4 kPa of pressure for 1 minute on each side was more effective at infiltrating the entire leaf. Leaves were weighed before and after infiltration to give a rough comparison of infiltration volumes, then the leaves were spun in an ultracentrifuge at 1,000 g to extract the apoplastic fluids. With regard to different infiltration buffers, we found that MES (2-(N-morpholino-ethanesulphonic acid) buffer was only marginally effective at infiltrating the leaves. For both MES and deionised water, the volume of apoplastic wash fluid collected by each technique was on average less than 2 µL per leaf. The best fluid by far was deionised water with a small amount of Triton X-100 detergent, as 25 µL of wash fluid per leaf was collected from syringe infiltration and over 30 µL was collected from the vacuum infiltration method. Concentrations of 0.004% and 0.008% were used and proved very effective at infiltration, as well as being easily extracted by centrifugation. There was no significant benefit to using 0.008% over 0.004% and there is an increased risk of damage to cell membranes with higher concentration, which may cause cell lysis.

I would like to thank my supervisor, Dr Henrik Stotz, for his guidance throughout the project, as well as all the technical staff at the University of Hertfordshire who were very friendly and helpful. Finally, I am very grateful to the BSPP for providing the funding for this experiment and supporting students with research experience.