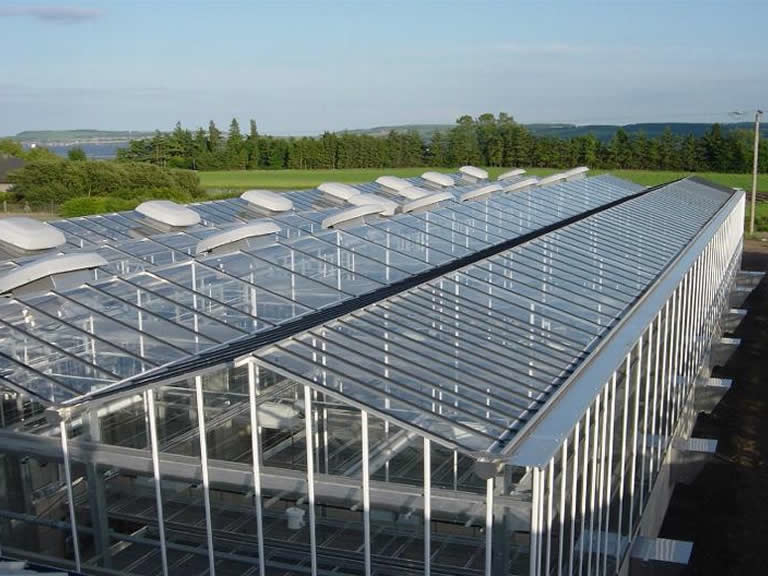 Written by Andrew Pitman, New Zealand Institute of Crop & Food Research. This is the report from a BSPP Senior Fellowship. Click here to read more/apply for one yourself.

It’s funny how sometimes it takes a trip around the world and back again to open your eyes to what was previously in front of you. An Englishman, now living in New Zealand, I left the warmth of a southern hemisphere summer to experience my first extended stay in Scotland, funded by the BSPP fellowship scheme.

January is not necessarily the most welcoming time to spend in the northerly latitudes of the United Kingdom, but during my collaborative visit to the laboratory of Ian Toth at the Scottish Crop Research Institute (SCRI) I experienced a country full of beautiful landscapes, warm and welcoming people, and some excellent science. Scotland, like New Zealand, has a strong potato industry and the SCRI and the New Zealand Institute for Crop & Food Research, for which I work, both undertake applied research for the sustainable production of potatoes. The BSPP fellowship provided me with a unique opportunity to collaborate with fellow researchers focused on potato diseases and the development of durable improvements in crop production.

Recent study of bacterial phytopathogens has focused primarily on virulence traits and the mechanisms by which bacteria interact with their host to cause disease. Scientists have also begun to understand the complex defence pathways that have evolved in plants to suppress pathogen infection. The most recent models of plant resistance suggest that the evolution of defence responses has been dictated by the acquisition of multiple virulence factors by pathogens during the continual struggle between pathogen and host (Jones & Dangl (2006) Nature 444, 323-329). But how does a pathogen such as Pseudomonas syringae acquire as many as 30 virulence factors that enable it to overcome plant defences continually evolving to combat disease? Genomic sequencing of numerous bacterial pathogens has shown that horizontal transfer of virulence factors via plasmids and other mobile elements plays a crucial role in the evolution of pathogens. Of particular evolutionary significance are pathogenicity islands (PAIs), mobile regions of genomic DNA carrying virulence factors that can be transmitted between strains. Yet, little is known about the environmental factors that trigger the spread of these mobile elements. For me as a bacteriologist, this is a fundamental question given our attempts to breed resistance into crops and the rapid evolutionary adaptations that can occur in pathogens as a result (Pitman et al., (2005) Current Biology 15, 2230-2235).

Through genomic sequencing, Ian and his colleagues at the SCRI have demonstrated that HAI2, a horizontally acquired region of the enterobacterial pathogen Pectobacterium atrosepticum, encodes the coronafacic acid biosynthetic cluster that is required for virulence on potato (Bell et al., (2004) Proc. Natl.16 Acad. Sci. USA 101, 11105-11110). HAI2 is therefore a good model for studying the role of PAIs in the evolution of virulence in phytopathogens. To identify the mechanisms involved in the dissemination of PAIs we have been studying the genes on HAI2 that are predicted to have a role in mobility. Mutagenesis of the almost 80 putative “mobility” genes on this island, using classical transposon mutagenesis or knockout constructs to study the role of these genes, would take considerable time and resources. However, during the BSPP fellowship I was able to use an arrayed set of Tn5 insertional mutants (pooled to form a mutation grid) developed at the SCRI (Holeva et al., (2004) MPMI 17, 943-950) for the rapid identification of mutants in the putative mobility genes of HAI2. PCR screening of the transposant grid allowed mutants in any given gene to be identified in only 31 PCR reactions, using a primer annealing to the Tn5 transposon in conjunction with a gene-specific primer designed using the genome sequence of P. atrosepticum. For each putative mutant identified, sequencing of the PCR products confirmed the insertion of Tn5 in the gene of interest.

In addition to identifying mutants in several candidate genes that influence the movement of HAI2, I also learned the benefits of using the pooled transposon mutation grid for the rapid identification of mutants in targeted genes. This simple, yet ingenious method enabled the isolation of mutants in more than 10 putative mobility genes in a little over a month, a task that would have taken far greater time using a standard transposon library. Subsequent analysis of these genes has identified key genes involved in regulating movement of this island, which will hopefully provide the basis for further collaboration and the publication of research defining the environmental signals regulating horizontal transfer of PAIs.

Whilst away, I also took the opportunity to visit some of the tourist delights of Scotland and to indulge in some of the more traditional Scottish pastimes. A weekend in the snow-capped mountains of the Cairngorms coincided with the largest annual competition for Sleddog racing. Burns Night, commemorating the life of Scotland’s national poet and cultural icon, Robert Burns, provided a taster of a traditional céilidh and some of Scotland’s finest agricultural produce – the single malt! All things considered, my time in Dundee was a very productive and invigorating one. I would like to thank the BSPP for the fellowship that funded this visit as well as Crop & Food Research for additional support. I would also like to thank Ian and his colleagues for their help and patience.