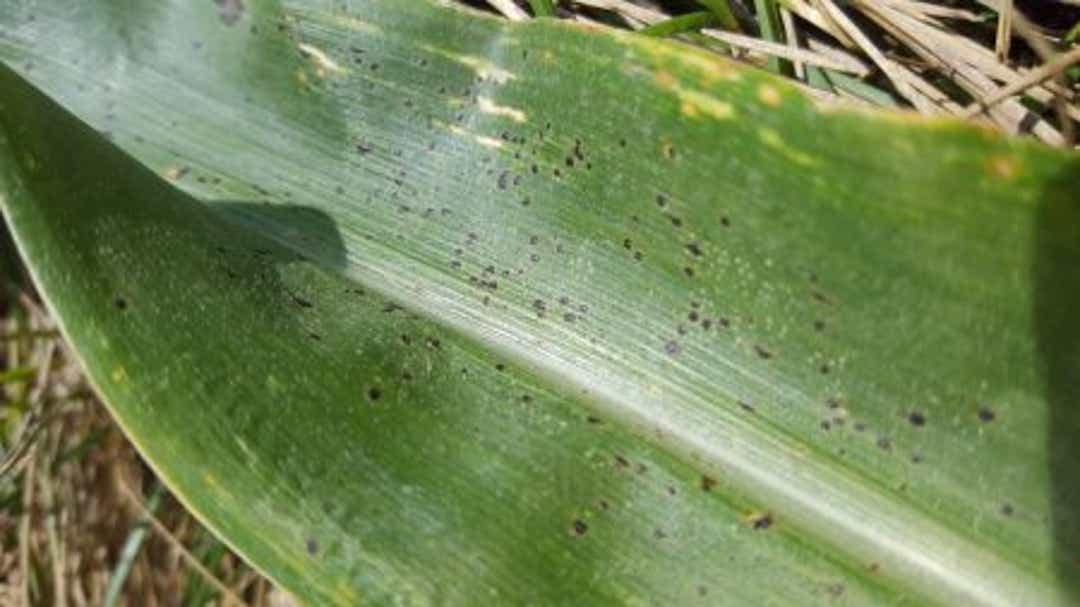 FOND DU LAC – With tar spot apparently having established itself as a permanent late season disease threat to corn in Wisconsin, Extension Service plant pathologist Damon Smith wants to update his data for where it has appeared in the state.

Speaking at the 2019 pest management update meetings, Smith asked growers and crop consultants from the counties bordering Lake Michigan to share samples of corn plant residue for testing if there was any suspicion of the disease in the field. This would augment the documented outbreaks of various severity in multiple counties in the southern half of the state in the past few years, he noted.

During 2019, tar spot was also found in all but the far western counties in Iowa, far southern Minnesota, the northern half of Illinois, much of Indiana, southern Michigan, and one county in Ohio. The disease thrives on wet corn foliage, as was illustrated in the photo of an irrigated Michigan field even though the field was treated with a fungicide as the corn was tasseling.