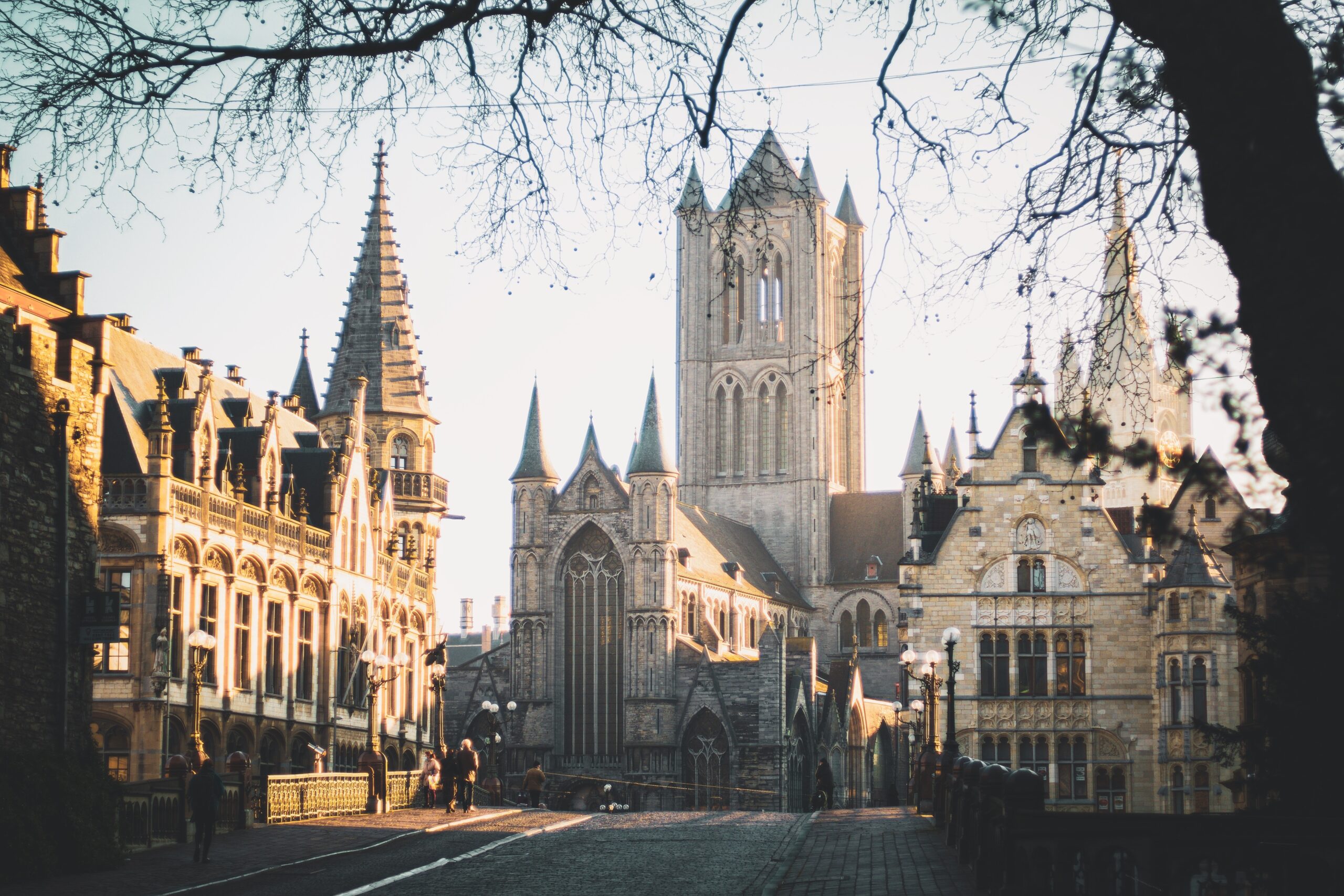 Written by Professor Teresa A. Coutinho at the Dept of Microbiology and Plant Pathology Forestry and Agricultural Biotechnology Institute (FABI). This is the report from a BSPP Senior Fellowship. Click here to read more/apply for one yourself.

My three-month fellowship study was hosted by Professor J. Swings at the University of Ghent, Belgium. The objectives of the study were:

Identification and characterisation of Pantoea spp. infecting eucalypts locally and from countries where symptoms similar to those observed in South Africa have been reported. Preliminary results suggest that more than one member of the Enterobacteriaceae are involved in this disease. Identification and characterisation of two species of Pantoea associated with Coniothyrium canker of eucalypts in South Africa. These two bacterial species are believed to have a synergistic interaction with the fungal pathogen, Coniothyrium zuluense.

Results obtained During the course of the past two years, we have obtained authentic Pantoea ananatis strains from a number of hosts including rice, onions, pineapple, sudan grass, melons and a clinical strain. These strains were included in this study together with strains isolated from eucalypts showing typical symptoms of bacterial blight and die-back from various countries in South America and Uganda. Preliminary results obtained in South Africa indicated that we were dealing with P. ananatis and one or more unknown Pantoea spp. These results were obtained from phenotypic characteristics and sequences of the interspacer region (ITS) between the 16S and 23S rRNA genes. Species specific primers which amplified a 400bp fragment in the ITS region, and successfully used by researchers working on central rot of onion caused by P. ananatis in the USA, were also used. Despite these results we could not accurately group the strains into those that were indeed P. ananatis or another Pantoea sp. or even other members of the Enteterobacteriaceae. All authentic strains of P. ananatis were, however, indole positive and the species specific primers successfully amplified the given region. After examining the results obtained in South Africa, it was decided that my first research objective in Ghent would be to try and group the strains using another molecular method, namely, REP-PCR. The technique is relatively simple involving DNA extraction, a PCR reaction with universal BOX and ERIC primers and running the products on an agarose gel. Included in this study, were the eight Pantoea type species, namely, P. ananatis, P. agglomerans, P. dispersa, P. stewartii subsp. indologenes, P. stewartii subsp. stewartii, P. citrea, P. punctata and P. terrea. It was also decided to include two authentic strains of each of these species to determine the variation in profiles within a species. A computer programme, Bionumerics, was used to analyse the results obtained. Only the results obtained from the ERIC profiles were considered, because they were more distinct than those obtained using BOX primers. All 68 strains used in this study, including the eight found associated with Coniothryium zuluense, grouped into 5 clades. The type strain of P. ananatis grouped with the largest clade. The type strain of P. agglomerans also grouped with one of the clades. All other types strains were distinct and grouped separately. These results were then compared to those obtained in South Africa and the strains grouped accordingly.

The next step was to conduct DNA:DNA hybridisations between selected strains from the various sub-clades and the type strains of Pantoea. This is a complex process which requires DNA of a very high quality and quantity. The first task was to grow up sufficient quantities of bacteria for DNA extraction (i.e. at least 1 gram). The final stage of the DNA extraction process was to wind the DNA around a glass rod. This was fascinating as one finally got to see the product you needed for further experimentation. Because of the time constraint it was decided that three strains from Uganda, eight 6 strains from South America and eight strains associated with C. zuluense would be hybridised with the type strain of P. ananatis. Hybridisation with the other type strains would proceed once we ascertained which strains were indeed P. ananatis. The hybridisation method, which is very sensitive and requires very careful preparation, is based on fluorometric measurements. Microdilution well plates are used so each hybridisation is repeated four times and results averaged and analysed statistically. None of the strains obtained from Uganda and South America are P. ananatis (DNA binding values range from 4 – 56%). Three of the eight strains associated with C. zuluense are P. ananatis (DNA binding values range from 74 – 94%; others had a values between 39 – 56%). Based on these results, DNA from two strains from Uganda and two strains associated with C. zuluense but not P. ananatis were hybridised with DNA from the types of P. agglomerans and P. stewartii subsp. indologenes (based on 16S rRNA gene sequences these two species are closely related to P. ananatis). None of these strains are either P. agglomerans or P. stewartii subsp. indologenes and are thus probably undescribed Pantoea spp.

Future research: The DNA:DNA hybridisations between the various strains and the type strains will continue in the Laboratorium voor Microbiologie at the University of Ghent. In South Africa, the molecular technique, AFLPs, will be used on all strains mentioned above including the type and two other authentic strains of each Pantoea species. This is to further group the strains and confirm the results obtained thus far. The 16S rRNA gene sequences of all strains that were hybridised will also have to be undertaken. This procedure is standard when describing new species. I have no doubt that results obtained both prior to my departure and while at Ghent will lead to publications in internationally recognised journals. At the moment, we are still unravelling a surprisingly complex taxonomic situation.

Personal benefits: My first impression of the Laboratorium voor Microbiologie was of vibrancy. The atmosphere is very similar to FABI – academics, students and technicians strive for excellence and conduct focused research in the broad field of bacteriology. Conducting research and publishing results in the top scientific journals is their goal. The topics they cover in this field are broad – from probiotics to identifying lactic acid bacteria found in cheese. The group consists of 60 people, a third are academics and researchers, a third students and a third are technicians linked to the BCCM/LMG collection. I shared a laboratory with a visiting Serbian professor working on lactic acid bacteria and Dr. Marc Vancanneyt, a researcher and my “hands on” collaborator on this project.

I thoroughly enjoyed doing hands-on research again and by re-examining my daily programme perhaps I can spend more time in the laboratory in future. Having no responsibilities other than getting results was pleasurable. Gaining some experience in molecular techniques has boosted my confidence and I now feel much more self-assured when advising students on which molecular technique to use for which purpose. I have now learnt how to do techniques I had previously only had an understanding of – REP-PCR and DNA:DNA hybridisations. I was also given opportunities to see other bacterial diagnostic techniques performed. These included FAMES, SDS-PAGE and DGGE.

Brief summary of other activities undertaken while at the University of Ghent: Attended the PhD defences of two candidates from the Laboratorium voor Microbiologie. I was fortunate to meet with the gurus of bacterial taxonomy who were the external examiners of the two candidates.

Attended the “Feest” for Professor Monik Gillis to celebrate her retirement from the Laboratorium voor Microbiologie. It was in the form of a mini[1]symposium with invited speakers. 7 Invited to present a seminar entitled: “Coniothyrium canker of eucalypts: a phytopathological enigma” at the Centraal Bureau voor Schimmelcultures (CBS) in Utrecht, the Netherlands. 5 November 2003. Invited to present a seminar entitled: “South Africa, Forestry and Pathogens” in the Laboratorium voor Microbiologie, University of Ghent. 26 November 2003.