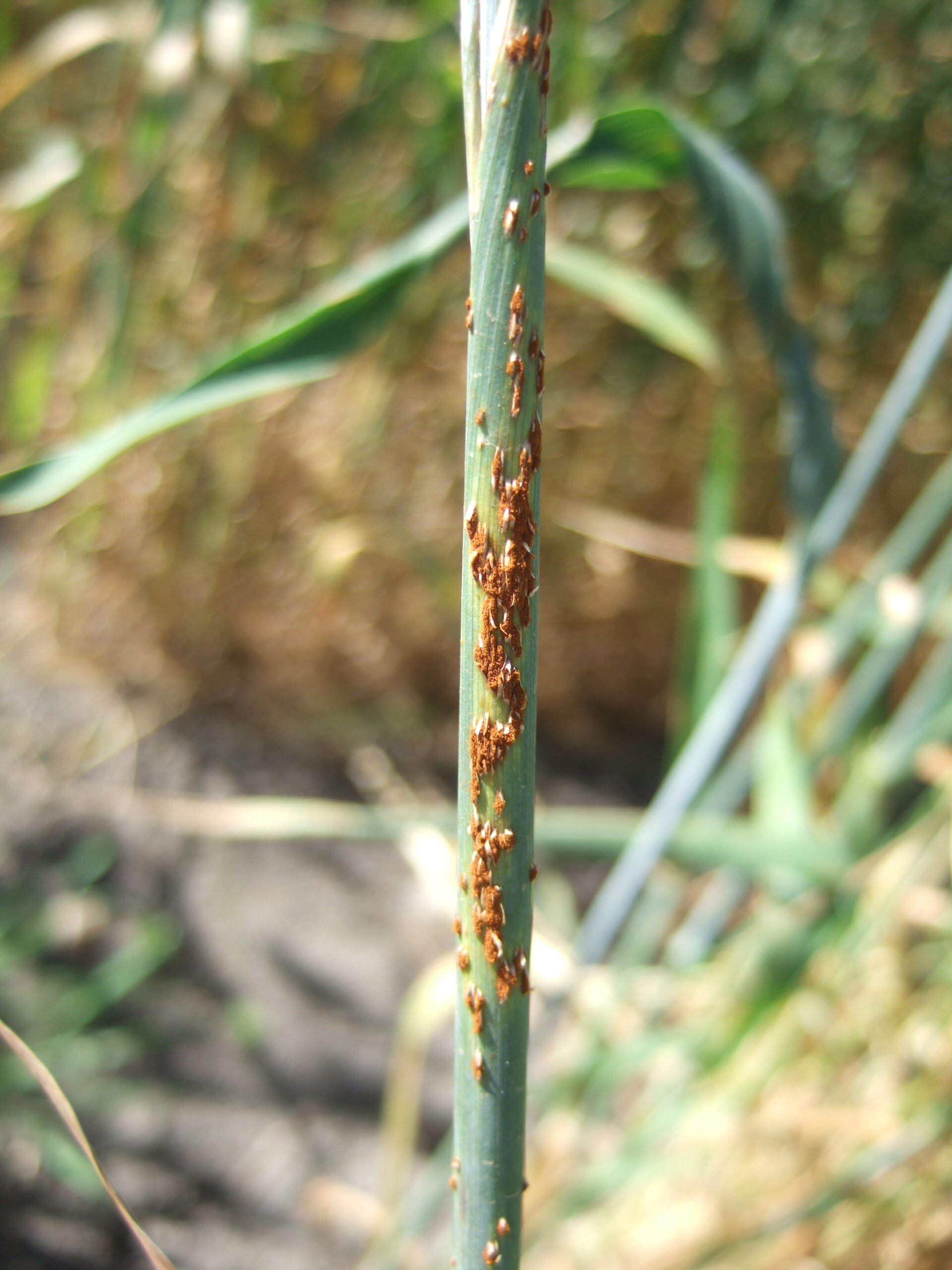 Stem or black rust, caused by the fungus Puccinia graminis f. sp.  tritici is a devastating disease of wheat crops. Its control strongly relies on genetic resistance, an economical and environmentally friendly alternative to fungicide applications. This protection is conferred by genes named as ‘Sr’ (Stem rust resistance). For the last six decades, resistance genes provided effective control of stem rust, and only isolated outbreaks or epidemics occurred globally. One of the most effective and widely used disease resistance genes is Sr31, which has likely contributed to the global decline of this disease. However, in recent years, a unique group of pathogen races known as Ug99 with virulence on Sr31 has emerged, threatening wheat production again. In Spain, stem rust has been rarely detected since 1970s, but infection was observed in wheat fields in 2018.

The stem rust fungus is a complex organism that requires two hosts to complete its life cycle. It has a high capacity to evolve into new races through mutations and sexual recombination that occurs in the alternate host (species in the genus Berberis).  Our research aimed to understand the virulence of the pathogen races detected in the stem rust samples collected in Spain in 2018. We also evaluated the level of stem rust resistance present in 200 Spanish durum and bread wheat cultivars and breeding lines.

Two pathogen races were identified in our study; 1) race TKTTF from Cadiz (southern Spain) which is widely distributed in Europe and other wheat growing regions in the world, and 2) race TKHBK collected in a wheat field near Berberis bushes in Teruel (northeastern Spain). To our surprise, this new race has a unique genotype and virulence combination, being the first race outside the Ug99 group that is virulent on Sr31. Race TKHBK is likely to have originated from the sexual cycle in barberry, highlighting the critical role that the alternate host plays in pathogen variability.

The evaluation of Spanish wheat disease resistances to virulent races of Wheat Stem Rust indicate that only a limited number of resistance genes are present in this germplasm (genetic make-up of wheat varieties). However, materials carrying good levels of resistance were identified, and can be used to improve stem rust resistance in the Spanish wheat breeding programs. This new research paves the way for rapid DNA testing for wheat stem rust resistance and to quickly respond to the occurrence of future virulent races.

TITLE IMAGE: Stem rust infection on a Spanish wheat cultivar at Rota, Cadiz province, Spain. All images used with permission of the author