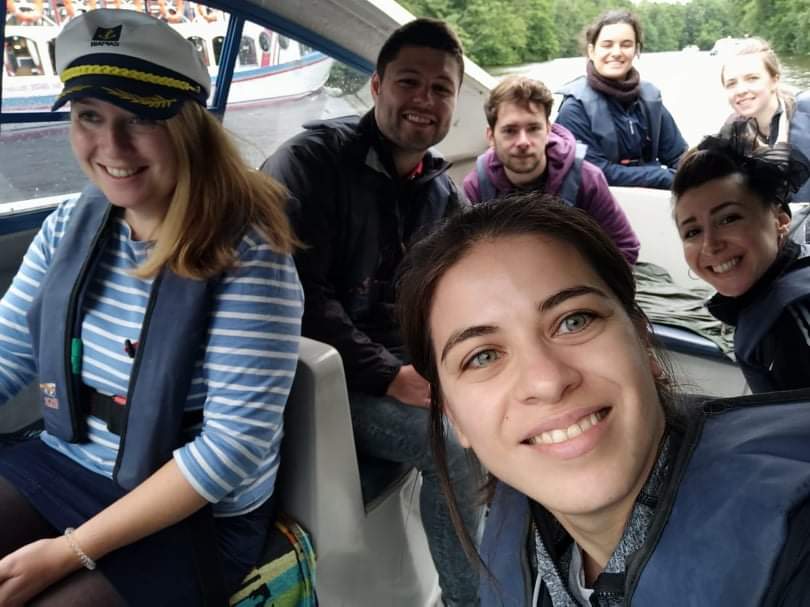 The role of hydrophilin proteins in mediating antibiotic tolerance in Pseudomonas syringae and P. aeruginosa

The bacteria Pseudomonas syringae infects over 180 plant species, resulting in major yield and economic losses. Of the same genus, P. aeruginosa is capable of infecting plants, animals, and humans and is of considerable medical importance, particularly due to its multi-drug resistance. Therefore, there is significant interest in understanding the adaptations and mechanisms of survival and infection of these two bacterial species. Hydrophilins are a class of proteins which did not evolve from a single ancestral protein, however they are small, unstructured and highly hydrophilic proteins. Whilst hydrophilins have been shown to enhance tolerance to water limitation in plants, relatively little is known about their role in bacteria. As part of the wider effort of the Malone lab at the John Innes Centre to study the pathways and signalling utilised by P. syringae and P. aeruginosa, my 8-week project aimed to investigate the function of hydrophilins in these two bacterial species during plant and human infection.

We began by comparing bacterial growth under normal or osmotic stress conditions (where bacteria were grown in media containing sodium chloride), over 5 days between a wild-type P. aeruginosa strain and strains where a single hydrophilin gene had been deleted. Unexpectedly, we observed no difference in growth between the wild-type and mutant strains, thus perhaps hydrophilins don’t play a significant role in the osmotic stress response. However, it’s conceivable that there is considerable functional redundancy when deleting individual hydrophilins, as other hydrophilins may compensate to ensure cell survival.

To investigate whether these hydrophilins provide a greater contribution to other survival and infection pathways, multiple assays were performed, including plant infection, leaf survival and motility assays. No difference was observed between the wild-type P. syringae strains and strains overexpressing or lacking hydrophilins. However, overexpression of certain P. syringae hydrophilins resulted in increased resistance to particular antibiotics. This was shown by decreased diameters of halos formed on agar plates where bacterial growth was inhibited, which surround paper disks soaked in the antibiotic. This phenotype was mirrored in P. aeruginosa, where deletion of individual hydrophilin genes led to increased sensitivity to antibiotics.

These results suggest a significant role of particular hydrophilins in mediating antibiotic tolerance within P. syringae and P. aeruginosa, notably to antibiotics with different cellular targets and mechanisms of action. Following on from this, we constructed strains with multiple hydrophilins deleted and proceeded to clone and individually express these hydrophilins in E. coli for protein purification. This would enable future in vitro binding assays to be performed, for example, assessing the ability of these hydrophilins to interact with specific proteins or to antibiotics to mediate antibiotic resistance.

I am extremely grateful to BSPP for awarding me the funding for this invaluable opportunity. I feel privileged to have been able to work alongside such talented scientists at a world-leading research institute, and also to learn and gain confidence in independently performing a range of laboratory techniques. This is particularly important to me after a year where university labs were cancelled due to the pandemic. This project has provided me with an insight and understanding into working in a scientific research institute; I have gained an appreciation of not only the determination and perseverance required to work in this field, but also how exciting it is at the same time. As a result, this project has inspired and encouraged me to pursue a career in research. I would like to thank Dr Jacob Malone for hosting my project, along with Dr Ainelen Piazza for her encouragement, patience and amazing support over the 8-week period.