This summer I worked in the National Pollen and Aerobiology Research Unit at the University of Worcester alongside Professor Mahmut Tör and his team. During my time working at the institute I was researching the possibility of using RNAi as a potentially new method for managing Fusarium graminearum, the fungal pathogen that infects many cereal plants such as wheat, barley and oats and causes Fusarium Head Blight (FHB). FHB is considered to be one of the most harmful crop pathogens in the world because of the high levels of damage that is done to crops and the large economic losses that this causes. In addition to causing crop losses, FHB results in mycotoxin build-up within infected grains, these mycotoxins are harmful to both humans and animals thus making the defence of these staple foods a priority for plant researchers.

RNAi is a natural method of post transcriptional gene silencing that has been shown to occur in plant pathogen interactions whereby plants and fungi have been shown to exchange sRNA in order to silence effectors and R-genes in their respective hosts. It therefore prompts researchers to investigate whether a more vital gene can be targeted by RNAi in order to prevent the growth of F. graminearum. Typically, research has been carried out using host induced gene silencing (HIGS), however, my research utilises the ability of the fungus to take up RNA from its environment. The aim of my experiment is to use double stranded RNA to silence a chitin synthase gene of F. graminearum to inhibit the growth and propagation of the fungus.

I first isolated the fungus from infected wheat sample using PCNB and Streptomycin selective plates. Following this, I subcultured the fungus on various plates in order to stimulate the fungus to produce macroconida that I could use to identify it as F. graminearum. Afterwards the fungus was used to create an inoculum that I could later use to seed plates. 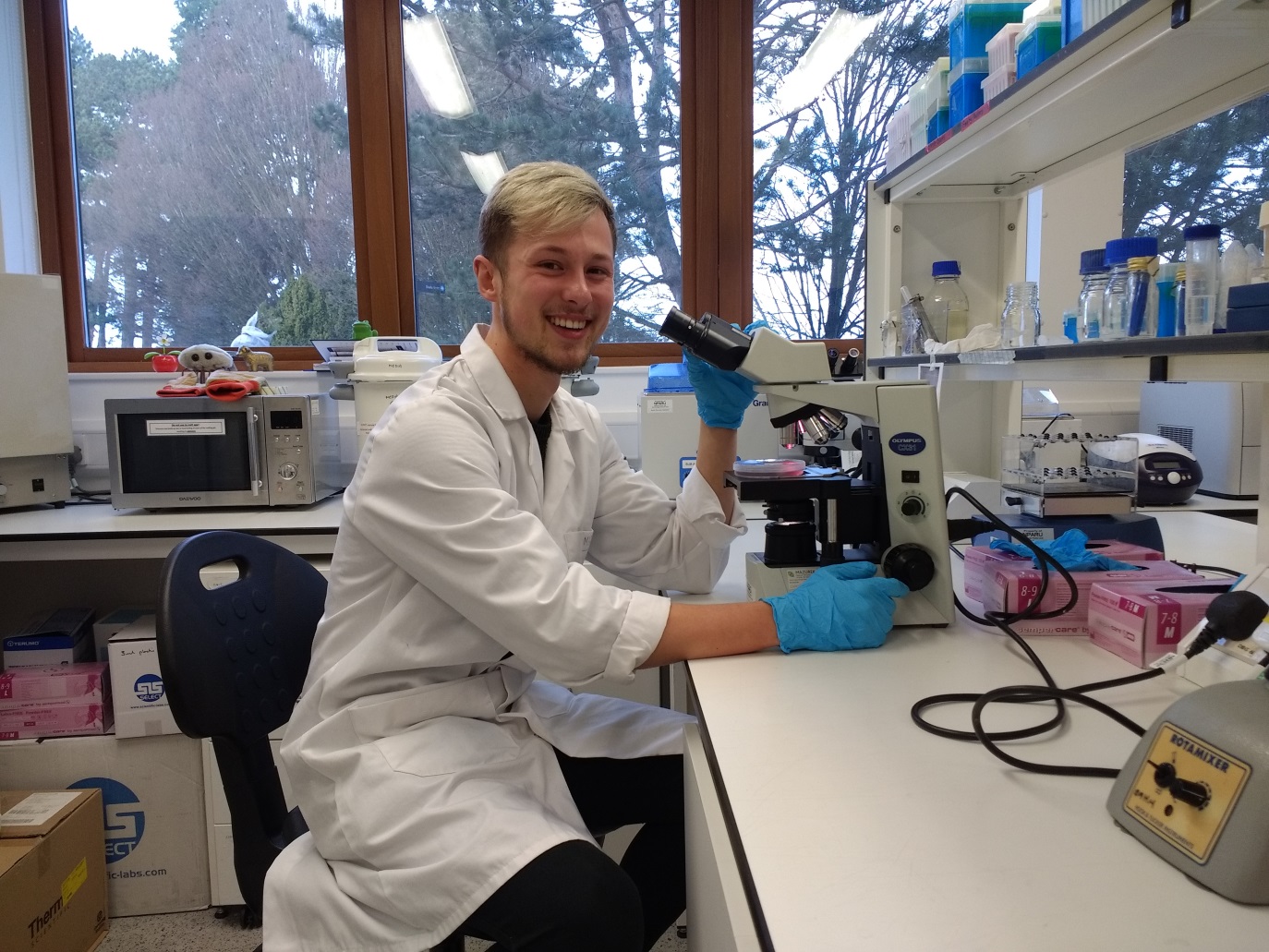 Mark working in the lab

The next stage of my research was to identify a small section of DNA from the chitin synthase gene, from which I was to create my sRNA. I produced my sRNAs using hot reverse transcription in vitro using the synthesised oligos. Microtitre plates were used to assess how different concentrations of sRNA impacted on the growth of F. graminearum and then data was collected. To further this research sRNA could be applied to a wheat and the rates of infection analysed as well as the duration that the sRNA remains effective on the plant.

I am very grateful to the BSPP for funding my summer research project and for allowing me gain real experience of what it is like to be a researcher. I would also like to say a big thank you to Professor Tör and Catherine Jimenez Quiros for teaching me so many valuable lessons and helping me acquire vital skills for my future academic career.