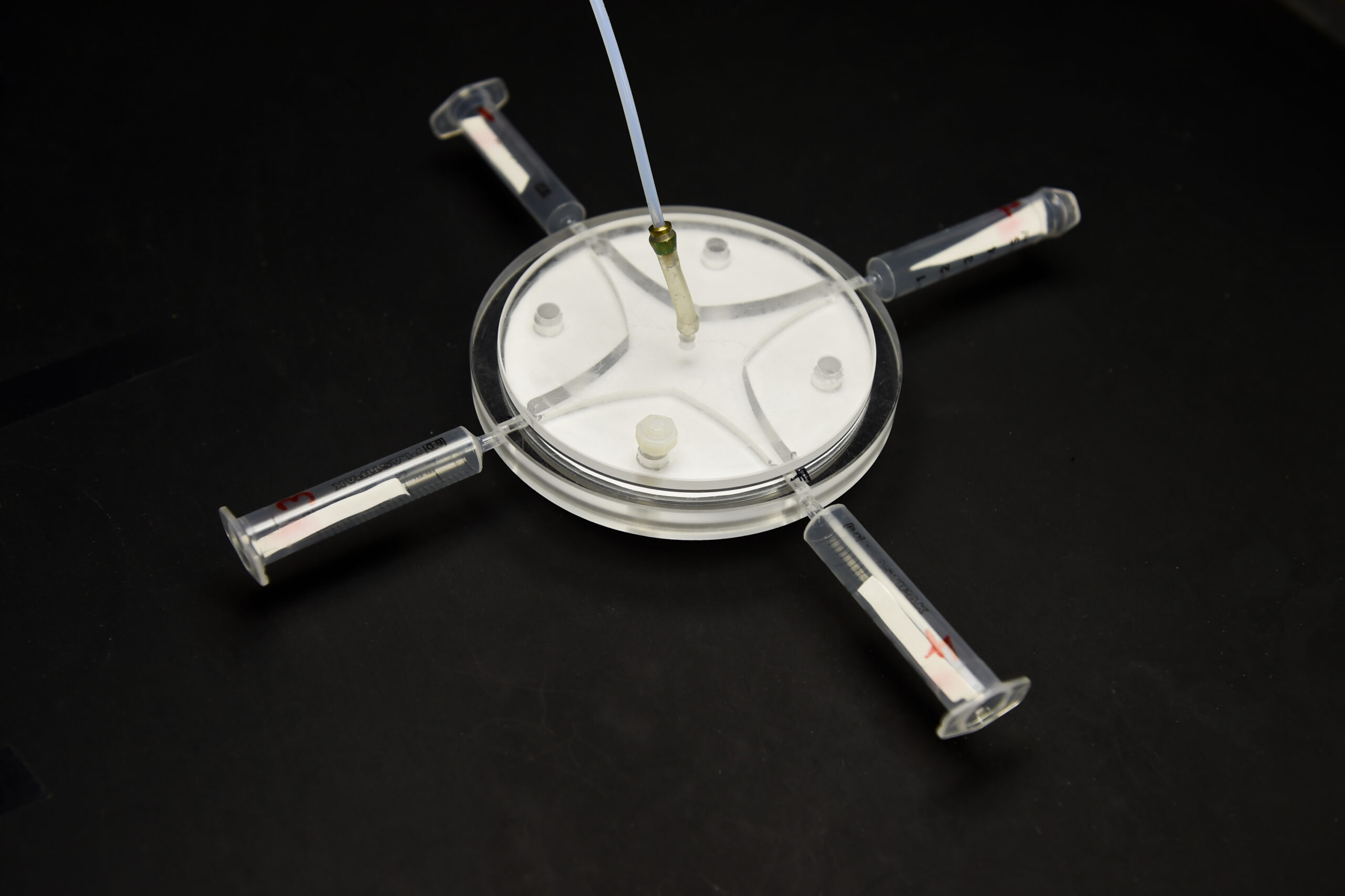 Using the odour of bacteria to tackle Acute Oak Decline.

Oak trees support an abundance of biodiversity, including hundreds of insect species, and they are also a food source for many birds and mammals. However, Oak species are currently under threat from acute oak decline (AOD).

AOD is a complex disease arising from a range of abiotic and biotic factors, including pathogenic bacteria, which can lead to the rapid decline of trees. Oak trees show physical symptoms associated with the disease, which occur alongside signs of the jewel beetle Agrilus biguttatus, and could indicate a role for the beetle in the disease spread. Part of the BAC-STOP project is to investigate whether odours produced by pathogenic bacteria associated with AOD play an attractant role for the beetles. To do this, we use a range of chemical ecology techniques and, by identifying attractive bacterial volatiles, a range of monitoring and management tools can be developed. Results from the work will contribute to our understanding of beetle behaviour and provide insights into the potential role of the beetle in disease spread.

Acute oak decline (AOD) is an emerging tree disease which can lead to the rapid decline of oaks just a few years after the onset of symptoms. Currently, AOD is localised to the south and east of England, the Midlands, and parts of South Wales. Disease symptoms include cracking of the bark, necrotic inner tissue, and dark bleeding from the stems (Figure 1). However, currently, how the disease is spread is not well known.

Previous work has shown that several species of pathogenic bacteria can be isolated from these lesions, and that these bacteria have demonstrated a direct role in tissue necrosis. The presence of larval galleries of the Agrilus biguttatus jewel beetles in the inner bark also occur alongside AOD symptoms, which could indicate that microbes may hitch-hike on the beetles; taking them from tree to tree and spreading the disease further. It could be that the odours (or ‘volatile organic compounds’) produced by the bacteria may be a way to attract the beetles to facilitate further spread, leading to a broader range of the disease, and suggests a potential link between AOD and the beetles. With temperature increases predicted as a result of global warming, the beetle is likely to expand its range, and concurrently may expand the range of AOD, so tools are needed to monitor the spread of the beetle and the disease.

Our work aims to determine if the volatiles produced by the AOD bacteria are attractive to the beetle. The first stage of this process is to capture and analyse the chemical composition of the bacterial volatiles. This is performed using dynamic headspace collections from bacterial cultures growing on Petri dishes (Figure 2). Purified air is blown over the surface of bacterial colonies which are confined in glass chambers, and any volatiles produced by the cultures adsorb onto a polymer within a glass tube. When this tube is eluted with a solvent, this ‘eluent’ (containing the volatiles) can be injected into a gas chromatograph (GC), which separates compounds in complex mixtures.

Next, we need to determine which compounds in the complex bacterial volatile mixture the beetle’s antennae can detect, using a method called coupled GC-electroantennography (GC-EAG). The eluent, containing the bacterial volatiles, is injected into the GC, which separates the compounds. Simultaneously, the compounds are blown across the beetle’s antennae, which is attached to electrodes, which will produce a voltage change if the antennae detect a compound (Figure 3). This allows us to look for compounds from the mixture which cause the antennae to respond, suggesting the insect can actually ‘smell’ this individual compound. Compounds which are detected by antennae, known as GC-EAG-active compounds, are then identified using coupled GC-mass spectrometry.

Whilst GC-EAG can tell us which compounds the beetle’s antennae can detect, it does not tell us whether the compounds are attractive or repellent to the beetles. (Just like humans, beetles may encounter smells they find pleasant or unpleasant.) Therefore, to determine whether bacterial volatiles act as attractants or repellents for the beetle, a behavioural test called four-arm olfactometry is used (Figure 4). Beetles move within an arena, which is divided into four areas (or ‘arms’), which contain different treatments applied to filter paper, placed in the different arms. The amount of time the beetles spend in each arm will tell us whether the bacterial volatiles are attractive, repellent, or neutral, compared to the solvent controls. If bacterial volatiles are attractive, we can discover the specific attractive compounds in the mixture by making up ‘synthetic blends’, using the GC-EAG-active compounds, which can be purchased or synthesised. The synthetic compounds are then tested in the four-arm olfactometer in similar ratios at which they are found in the bacteria volatile extract. If the synthetic blends are shown to be attractive, they can then be added to beetle lures, which are currently used to detect and monitor the spread of the beetles across different regions. By adding attractive bacterial volatiles identified from this work into the lures, we could enhance their efficacy, which could help to provide critical guidance for the management of AOD, and provide further guidance for its control.

Blog written by Dr Gareth Thomas, a BSPP member working as a post-doctoral chemical ecologist at Rothamsted Research. This blog covers work from work package 1 of the BAC-STOP project, which is part of the Bacterial Plant Diseases programme, funded by the Biotechnology and Biological Sciences Research Council (BBSRC), Department for Environment, Food and Rural Affairs (Defra), The Scottish Government, and the Natural Environment Research Council (NERC). Thanks to Action Oak for their great support.

TITLE IMAGE: A four-arm Olfactometer, where beetles are placed in the centre and their movement towards volatiles in each arm is measured. Credit and Copyright: Visual Communications Unit, Rothamsted Research.