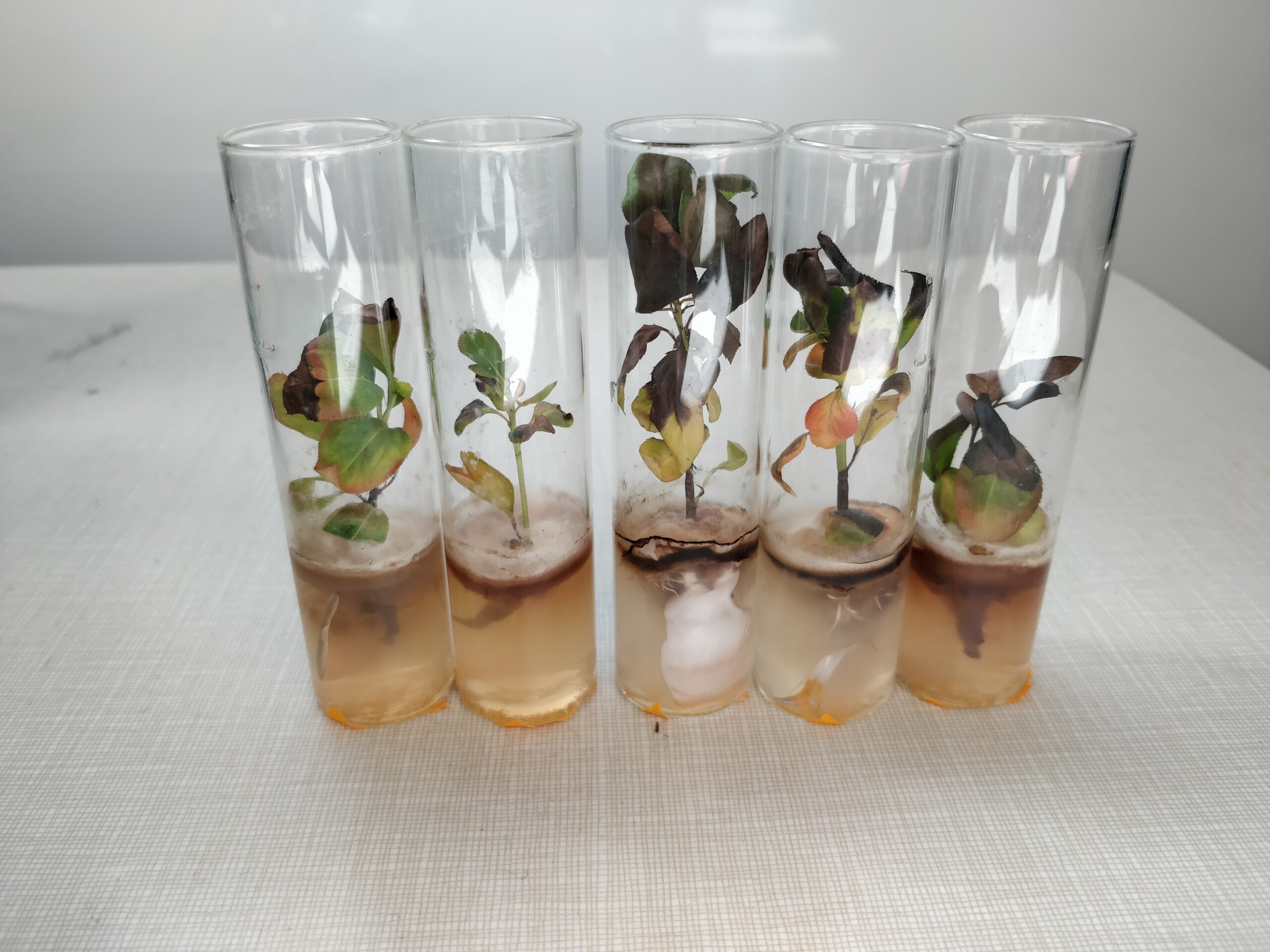 Written by Dr Jassy Drakulic at the Royal Horticultural Society. This is the report from a BSPP Senior Fellowship. Click here to read more/apply for one yourself. 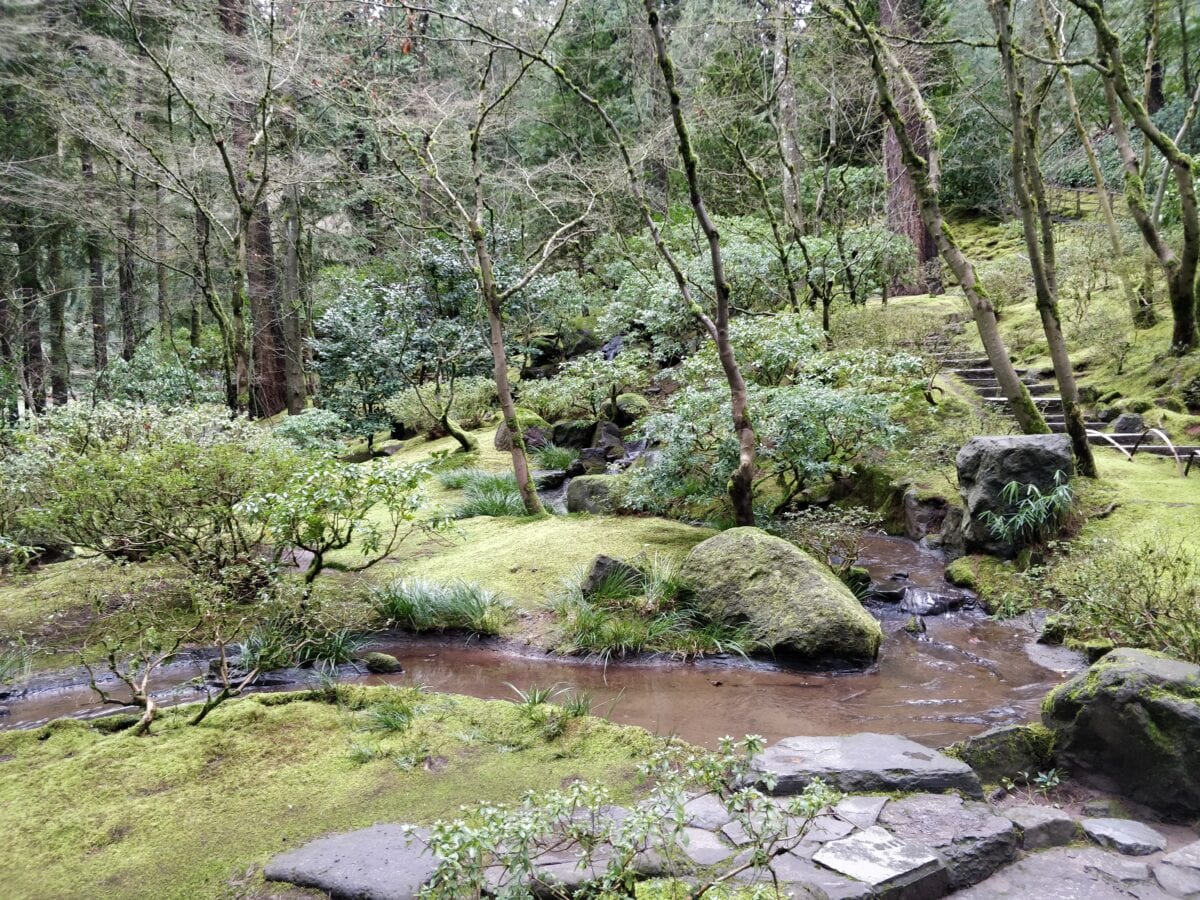 My research at the RHS focusses on honey fungus, which is the plant pathogen most frequently diagnosed by our Gardening Advice Service.

Despite being problematic in gardens and horticultural crops, there are very few Plant Pathologists with experience working with this pathogen in horticultural settings, and few with as much experience as Dr Kendra Baumgartner of University of California, Davis. I gratefully received a BSPP Senior Fellowship, alongside further funding from the RHS Coke Trust Bursary, to fund a three-month research visit to collaborate with Dr Baumgartner between December 2019 and March 2020.

Honey fungus is the common name for basidiomycete fungi in the genus Armillaria, and refers to the colour of the mushrooms produced in the autumn. In the UK there are five species of Armillaria but the most pathogenic is A. mellea. In gardens, this species is most frequently associated with dead and dying trees and shrubs, and it can infect and kill hundreds of plants, including mature trees and entire hedgerows. The fungus lives in the soil and infects the roots of plants, causing Armillaria root rot (ARR), disrupting water uptake and killing the plant. The fungus continues to feed on the dead plant material, so to eradicate it from a garden, entire root systems of infected plants must be removed.

The fungus spreads underground by root to root contact and via fungal rhizomorphs. Whilst its autumn-fruiting mushrooms present opportunity for wind dispersal of spores and a stage of sexual reproduction, spore dispersal is not considered important in the spread of ARR. However, this is a conclusion founded on evidence from woodlands and forests. These environments differ greatly to gardens, which have increased host diversity, more frequent soil disturbance events, and exist in urban areas as a fragmented patchwork of growing spaces interspersed between roads and houses. The focus of this collaborative project was to determine the importance of spore dispersal in populations of Armillaria mellea in UK gardens using population genetics tools.

Drawing from the RHS Armillaria spp. collection, prior to the fellowship I extracted DNA from over 100 isolates of A. mellea that had been collected from plants or mushrooms in the Guildford postcode area, where RHS Garden Wisley is located. A special focus was paid to isolates from RHS Garden Wisley itself, representing roughly 20% of the isolates examined. During the fellowship, I applied a methodology that had been developed to genotype Armillaria mellea from USA populations on the UK isolates, with assistance from Phillip Fujiyoshi. UK isolate DNA extracts were amplified through PCR reactions with fluorophore-labelled primers for 13 microsatellite loci. Following PCR, fragment analysis was performed by the UCD sequencing ‘divas’ Shelley Williams and Sheryl Bernauer, and analysis of the chromatograms enabled me to ascertain the alleles present, and determine the hetero- or homozygosity of each isolate. Of the 13 microsatellite loci tested, 11 produced a set of alleles, from which we could then apply closer scrutiny of the quality of the data and the reliability of the allele calling.

The allele data was analysed in GenAlex software, with the help of Dr Renaud Travadon. Initial screening of the dataset showed that, contrary to expectations, all of the isolates had unique genotypes. During genotyping, loci can be either too variable and too uniform to be useful for determining the genetic and geographic distance of isolates in a population. The three most variable loci produced data that was potentially too variable. In two loci, three alleles were present in each isolate, and whilst triple-allelic patterns have been observed in other systems, our analytical models could not combine bi-allelic with tri-allelic patterns, so these loci were removed from further analysis. Another locus with too many missing data points so was also removed, resulting in a reduced set of 7 loci which we could use for genotyping.

Using the refined set of loci, we found 8 multi-locus genotypes: 6 consisted of pairs of isolates, one contained three isolates, and one had five. The majority of the isolates were still unique, but principle component analysis of the genetic distance showed that the isolates formed one large cluster with a few outliers, showing strong relatedness but few clones. Furthermore, the observed heterozygosity of the collection was significantly greater than expected. This might suggest that spore dispersal is far more important in gardens than has been previously assumed, but further analysis is needed to understand the data fully, and this has been postponed during the response to the covid-19 pandemic. 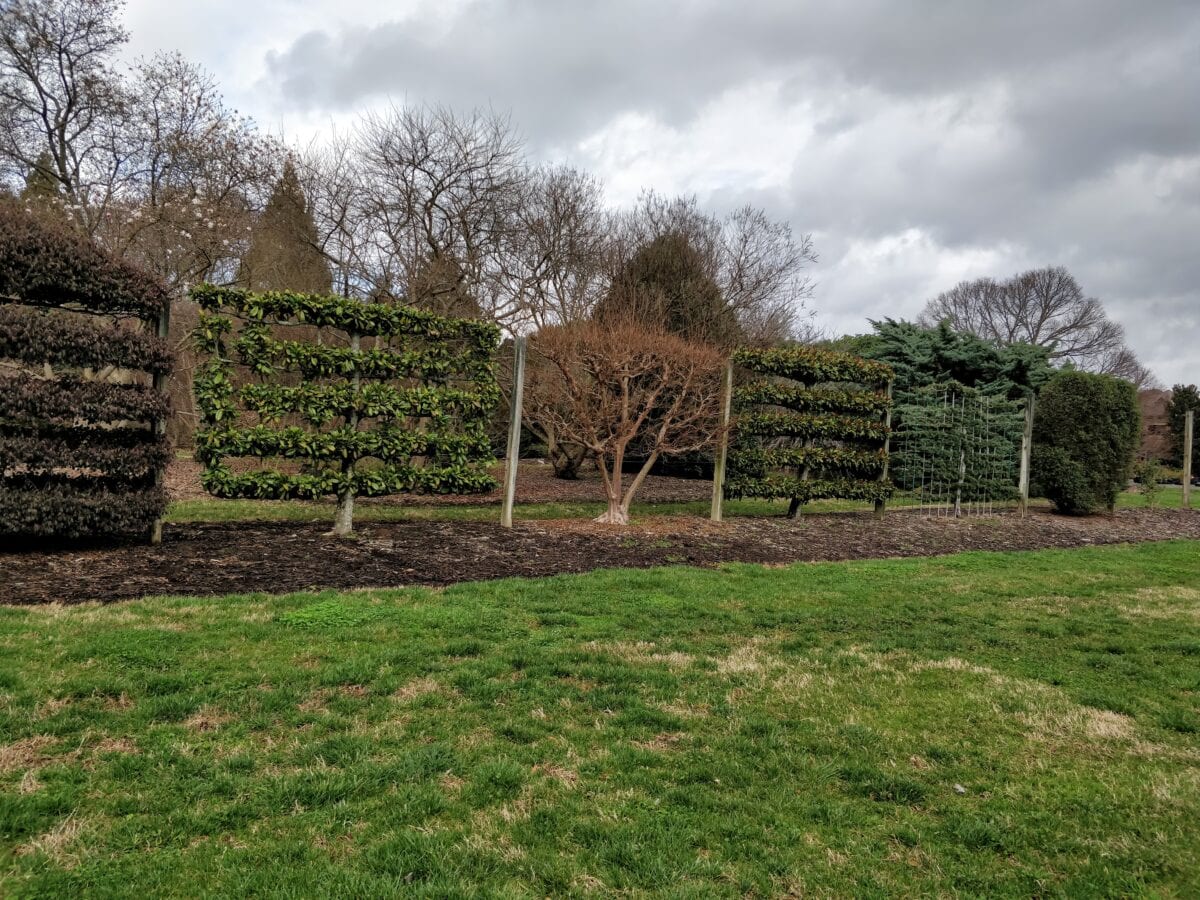 I also had the opportunity to give some of my expertise back to Wesley Hackett and Steven Lee, researchers working on ARR in walnut crops at UCD who were struggling with their disease bioassays. I have learned first-hand how difficult it is to achieve successful in planta infection assays with Armillaria spp., and, along with PhD candidates Helen Rees (RHS & University of Bristol) and Luke Hailey (Bartlett’s Trees & University of Reading), have been developing a faster and more efficient infection assay in recent years. I was glad to be able to provide insights from this work that could help the UCD team with their potted plant trials. To overcome the issues faced with pot trials, Dr Baumgartner has developed a tissue culture infection assay to screen grape and pear rootstock plants (pictured) for ARR resistance, and I was grateful to learn this method, performing a small trial comparing pathogenicity of three UK fungal isolates during my stay. Looking to the future, an aspiration of RHS ARR research is to identify garden plants which could replace those lost to disease without risk of another outbreak. Our current guidance on which plants are less often hit by disease is based on database analyses of disease records, but we would like to gather empirical data to support this, and faster resistance screening methods would help us achieve this.

I was also able to travel to different sides of the USA to meet other researchers working on ARR and horticultural diseases. I visited Corvallis (OR) to meet Dr Ned Klopfenstein, Dr Mee-Sook Kim, Dr Marcus Warwell, and John Hanna where we shared our recent research findings and discussed and developed ideas for future ARR research collaborations. Another networking visit took me to Charlotte (NC) to meet the science team at the headquarters of Bartlett’s Trees. Patrick Franklin was a gracious host, giving me a tour of the facility and arranging conversations with plant pathologist Dr Andrew Lloyd and their advice and diagnostics team, during which we explored the challenges of working in a small science team with horticultural problems, and found mutual areas of interest that we would like to collaborate on in future. Both groups made me feel incredibly welcome, and were very proud to show me the local fare, particularly the craft brewery scene in Corvallis and pit barbecue in Charlotte. On top of this, I was able to visit some magnificent botanical gardens during my travels, including the Golden Gate Park in San Francisco (whilst some Armillaria sp. mushrooms were fruiting), the Arboretums at UCD and Bartlett’s Trees (pictured on the front cover), Balboa Park in San Diego and Portland Japanese Gardens (pictured).

I learned a great deal during the fellowship, and I enjoyed the atmosphere of working in a University campus again, particularly working alongside so many passionate and knowledgeable scientists. As an early career scientist in a small science team, this experience came at an ideal time to develop my networking skills and improving my professional confidence, as research at the RHS thrives through strong collaborations. Having Dr Baumgartner as a mentor and associate was inspiring and rewarding, and I am thankful for her encouragement and hospitality. Arranging all the moving parts of the fellowship was a challenge, and I was pleased to come away with a lot of interesting data, new laboratory skills, research insights and established connections for future collaboration. I am hugely grateful for the support of the BSPP and the RHS Coke Bursary Trust in providing this opportunity, and I look forward to finishing the data analysis so I can tell the story of what we can learn from population genetics about how A. mellea spreads in UK gardens, updating the disease management advice the RHS provides to gardeners accordingly.