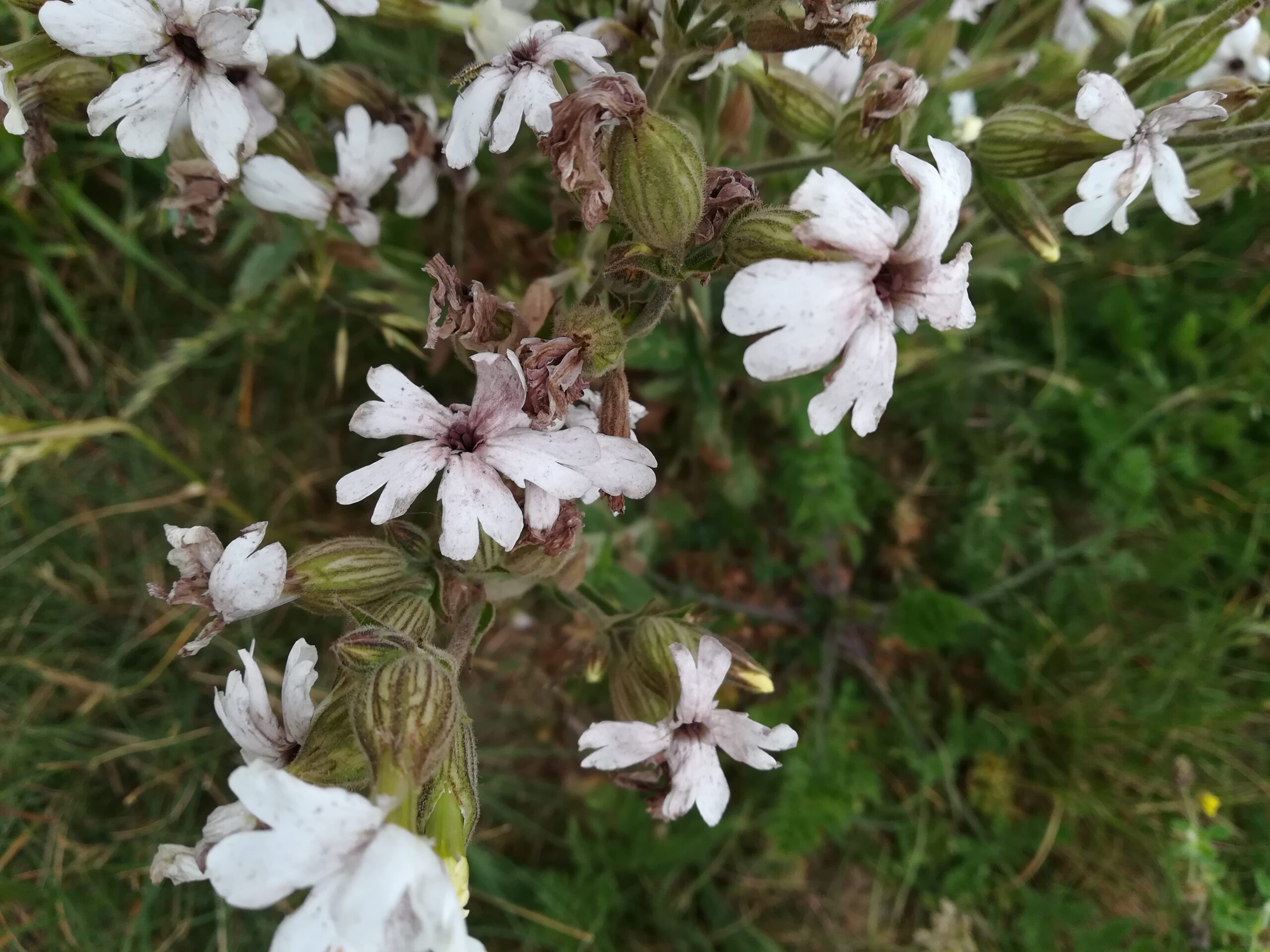 Many plant pathologists spend their working lives trying to achieve durable and sustainable control of destructive pathogens of agricultural crops, horticultural plants or forest trees, and it is intuitive to think that a diseased state is something best avoided for plants as for people.

For pathogens infecting wild plants in natural or semi-natural environments, disease control is often not necessary nor even desirable, with pathogens as much a part of the ecosystem as the plants they colonise. Some pathogens of wild plants can be destructive, but others can co-exist with their hosts in an ongoing coevolutionary relationship, as fascinating components of the overall biodiversity on planet Earth. 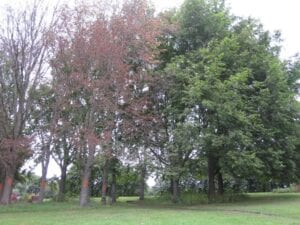 Some of the most destructive diseases of wild plants have resulted from newly-introduced pathogens spreading through evolutionarily naïve host populations. The deaths of millions of elm trees in the UK since the 1960s followed the introduction of the Dutch elm disease pathogen (described by Dutch researchers but the more lethal fungus, Ophistoma novo-ulmi, was imported on timber from North America) along with its bark beetle vector. More recently, the arrival of Ash dieback in the UK has shown the importance of phytosanitary controls to protect both crops and ecosystems from the threat of introduced plant pathogens.

Established pathogens could become a threat when a host becomes rare, but this should be viewed as just one of many proximate factors that make small and isolated plant populations vulnerable: the aim should be to maintain more robust host population levels, rather than blaming the pathogen.

Lurking in the margins

Where wild plant populations are growing in close proximity to related crop plants, they can be host to pathogens that can also infect the crop. Wild relatives can be the original source of new crop pathogens, as well as ongoing reservoirs of pathogen inoculum. For example, grasses near cereal crops; weedy Brassicaceae such as Wild radish near oilseed rape; and wild Solanum species near potatoes. On the positive side, this common pathogen pool means that the closest wild relatives of crop plants can also be valuable sources of disease-resistance genes for pre-breeding programmes.

In an agricultural setting, farmers are mostly aiming for a uniform field of a single crop species, and any pathogen reducing the productivity of that species will be detrimental to their yield. However, in wild and semi-natural ecosystems, biodiversity is higher when the monodominance of any single species is avoided. Anyone who has tried to establish a species-rich meadow will have heard of the benefits of Yellow-rattle, a flowering plant that grows hemiparasitically on the roots of grasses, reducing their vigour and allowing a range of other plants to compete, and there is evidence that fungal pathogens infecting the leaves of grasses can have a similar effect.

Apart from any effect on plant species diversity, pathogens themselves are a part of the total species richness in any ecosystem. Some pathogen groups tend to be highly host-specialised, making them vulnerable to any decline in the population of their host. For example, smuts occurring only on the fruits of a single type of sedge, or a rust only occurring on the leaves of a single species of orchid, had only been sighted a handful of times in recent years. The Red Data List of threatened fungal species in the UK includes 47 species of rust fungi (Urediniomycetes), and 30 in the smut class (Ustilaginomycetes).

Of course, in a real field situation, things can be more complex, with both advantages and disadvantages associated with wild plants and the food webs formed around them. For example, barberry bushes are the alternate host of stem rust of wheat, leading to some eradication efforts. However, in some areas these efforts have been rather too successful, placing the host-specific Barberry Carpet Moth at risk of extinction. Compromises between crop protection and conservation include careful planning of barberry replanting schemes to avoid cereal farming areas. Agroecological approaches to pest control include planting wild plant species in field margins. Using species related to crops, such as grasses for cereals and Brassicaceae for oilseed rape, risks creating a reservoir for crop pathogens, but it can increase the effectiveness  of biocontrol.

Lessons from the wild

When co-evolved pathogens in healthy ecosystems reduce populations of their host, this has the result of maintaining mixed swards. In agricultural systems, farmers usually require a single crop that can be sown, treated and harvested together, so polyculture is not always a practical option, but many plant pathologists advocate for the middle ground of combining different crop varieties with multiple disease-resistance genes. Ongoing research questions concern the optimal mixtures to use, and the preferred scale and pattern of mixing.

Finally, as plant pathologists, I think we all have a sense of admiration for the amazing adaptations of our study organisms (whether fungal, bacterial, viral, oomycete, phytoplasma or nematode), despite any destruction caused. I will always be amazed that an anther smut, having grown unseen within a Campion plant until the point of flowering, will suddenly reveal that it has subverted its host’s development so that not only are the anthers filled with fungal spores instead of the plant’s own pollen, but even female plants in dioecious species produce spore-filled stamens when they would otherwise produce only stigmas and no anthers at all. If you have never looked for plant pathogens on wild plants before, a world of wonders awaits!

Blog written by Dr. Nichola Hawkins, BSPP member and plant pathologist, researching the evolution of crop pathogens under selection by fungicides, as well as having a lifelong interest in field botany and wild flowers. Our second blog as part of the #wildplantdisease theme this week. Follow Nichola on Twitter.